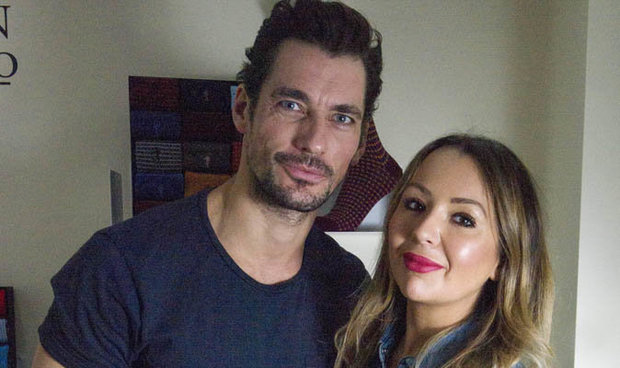 CAUSE: David insists he wasn’t born a hunk, and with work anyone can look like him

But Essex-lad David Gandy says balls to topless billboards of himself and instead is on a mission to get British blokes talking about their tackle instead.

And whilst his mega buff body has bagged him some of the most beautiful women in the world – including Strictly babe Mollie King – David insists any Daily Star reader can look like him if they ditched burgers for the gym.

The Dolce & Gabbana man, 37, said: “Most people would think that the highlight of my career would be laying like James Bond on a speed boat or seeing my picture on a giant billboard in the middle of Times Square in New York. That is lovely, don’t get me wrong, but I’ve always wanted to be known for more than that. I want to make a difference.”

Billericay-born David admits he wasn’t born a hunk and was bullied as a kid for being overweight: “You can see pictures of me when I am younger and you wouldn’t believe I am the same person.” 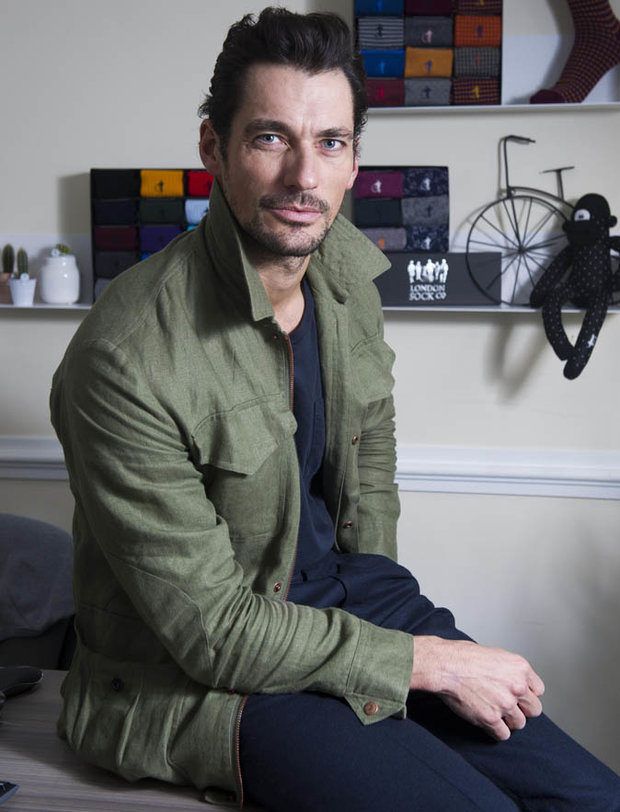 “I want to make a difference”

“I was a little fat teenager. I always say anyone – any Daily Star reader – could look like me. But it’s really hard work. You can’t hide much in those white trunks. Everything is focused on them.

“You’ve got to look good. I lift weights, processed meats and packed foods are out and there’s lots of good nutrition.”

Rummage And David says he’d rather blokes follow his lead and play with their balls – at least once a week.

And it’s all for a good cause. Beating cancer. 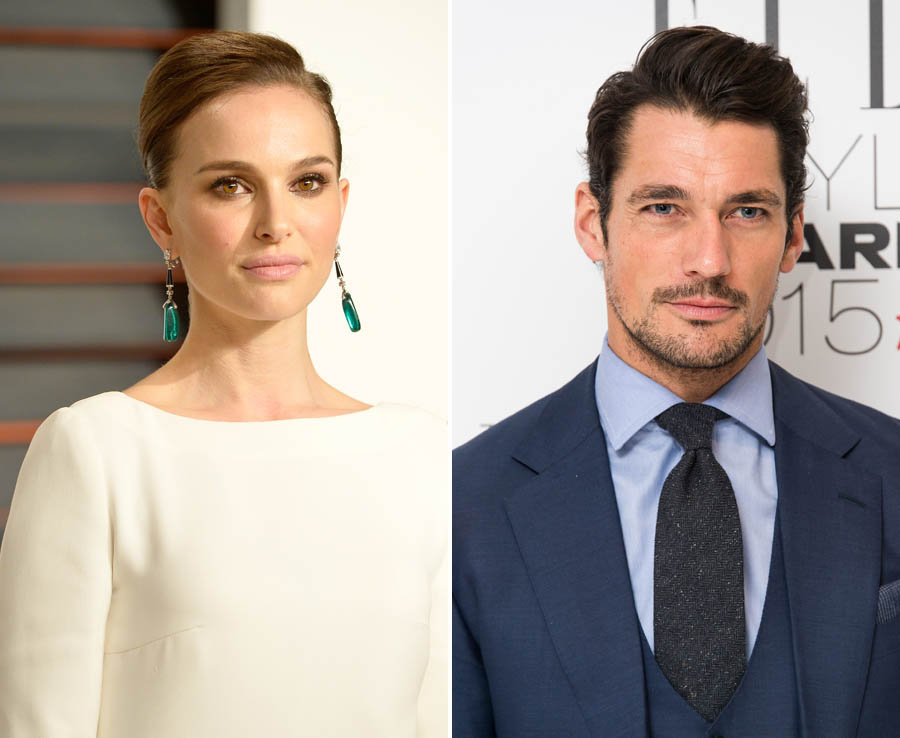 “Men are pretty useless at taking their health seriously but, look, your balls are right there!” he laughs.

“Have a rummage down there – men do it anyway.

“It takes 30 seconds once a week to have a feel around and you can even get your partner to do it. How good would that be? Then if everyone is checking we have more chance of taking care of ourselves.”

He’s long been a supporter of male cancer charity One For The Boys and today he’s manning the phones at British fashion brand London Sock Company, which is donating 10% of sales to the cause in the run up to Christmas. 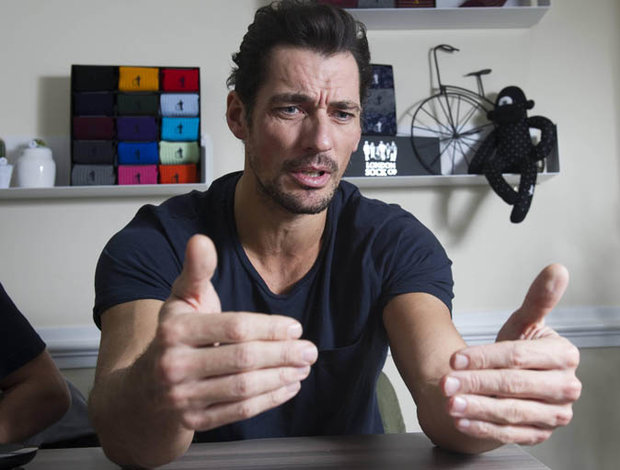 WEEKLY CHECK: David says men should check ‘down there’ at least once a week

And David, who also has a range for M&S, admits seeing personally the devastating effects of cancer in his own family encouraged him to become an ambassador for the cause.

“I have had cancer in my family and it’s totally devastating,” he says.

“I lost my uncle and my two grandparents and my mum lost her brother and her two parents. And that was only within 18 months of each other.

“It really did affect the family. I am very close to cancer charities as a result. I haven’t personally lived through it but I saw the person it affects and how it can devastatingly affect a whole family. One For The Boys are brilliant. Samuel L Jackson, who is also an ambassador, kindly retweeted everything for us the other day so we were thrilled.” 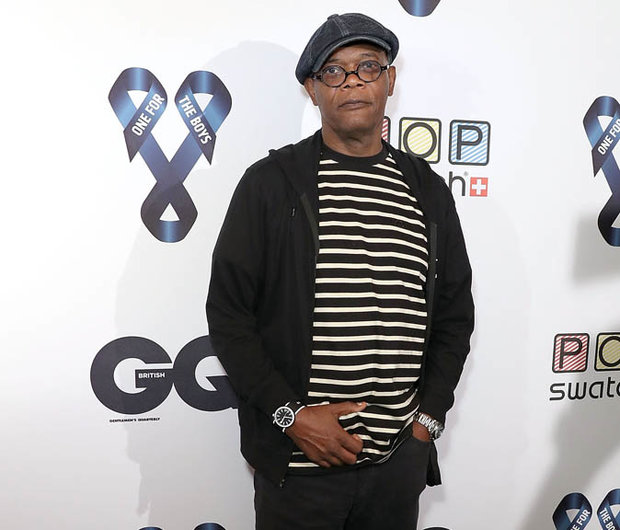 SUPPORT: Samuel L. Jackson has been giving vital support as an ambassador of One For the Boys

“Testicular cancer particularly is one which could be virtually eradicated. No one should die from it because it is one that can be detected so easily by just testing yourself, going to the doctor and it’s easy to treat.”

Whilst everything from his clothes to his eyebrows might make David seem the dream guy, he has previously admitted his need to be a perfectionist led to the breakdown of his relationship with Strictly star Mollie, who raced through to the next round after an impressive performance in Blackpool last weekend.

Of The Saturday’s singer, who he left heartbroken in 2016, he had revealed: “My perfectionism in life can make things difficult. I know my ex-girlfriend struggled.

“Things have to be perfect, everything in the house, every car I buy. That’s incredibly hard to live with if you don’t understand it.”

“But if either a relationship or my work must suffer, then I’m afraid it has to be the relationship.”

David is dating criminal barrister Stephanie Mendoros – who he has been with just over a year – and admits he prefers a quiet life away from the showbiz circus.

“I love cooking, I love dates, and being with my girlfriend. We like to keep things romantic all the time. One thing we do is, when everyone is forced to be romantic on Valentine’s Day, we actually try to do it every other day of the year apart from Valentine’s Day.” 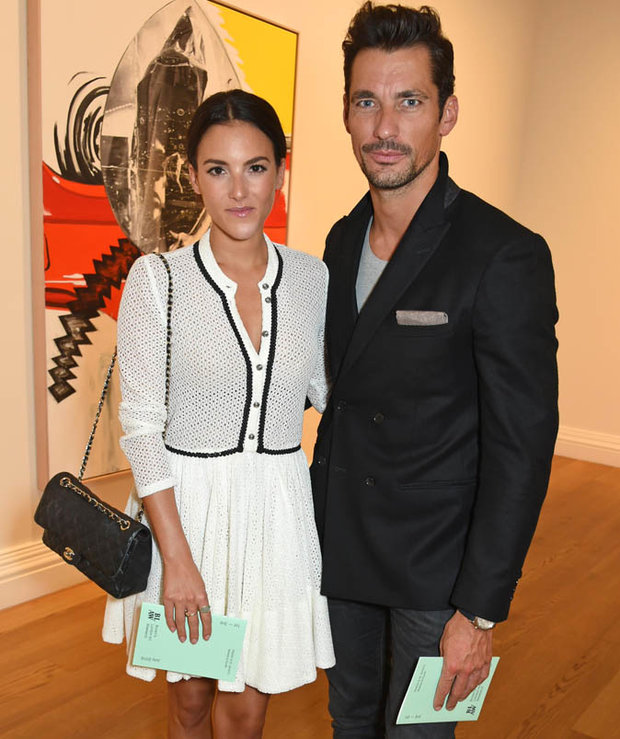 I’M IN: David is looking forward to spending time off the showbiz radar

“I just love cooking and opening a bottle of wine. We’ve got a small puppy at home and so she’s around the house annoying us and eating all the bits from me cooking – that’s just bliss to me at the end of the day.”

David is also an ambassador for several other charities – and understanding mental health is just as important to him.

“I’ve definitely learnt over the years to be more open with people about how I feel,” he reveals.

“Just having a chat with someone stops things building up. Men are useless at talking about their feelings and always keep things bottled up.” 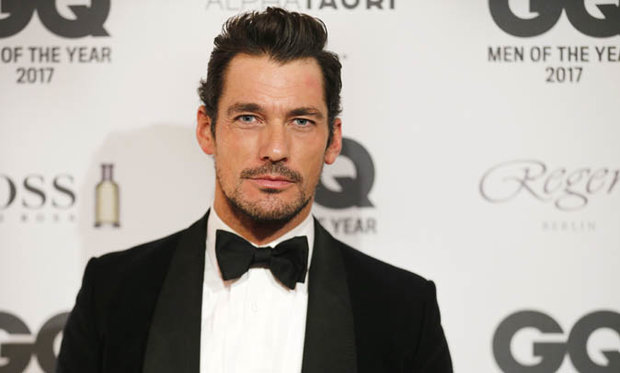 SIMPLE PLEASURES: Cooking and playing with his puppy have kept David happy

“I was the same, I would rather argue with my mates about sport or talk about cars. Through the media and TV we are brought up with images of how to be a man and that it isn’t cool to talk about your problems, you just carry on. I definitely talk more and think finding a good doctor helped me. It is like popping in to see a mate.”

Whilst he doesn’t think he was depressed, he admits: “Everyone has down periods, it’s working out whether that is depression or some kind of mental health issue. It affects all of us at some stage.”

And David admits seeing people’s lives splashed all over social media is his biggest bugbear.

“I’ve spoken to so many teachers who’ve told me that social media is really affecting children’s mental health,” he says. 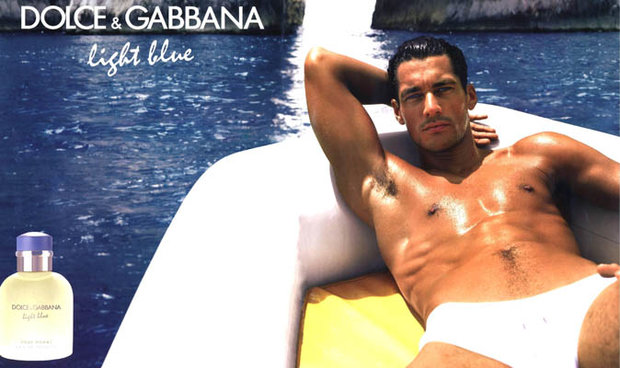 BOTTLED UP: David believes that men need to break out of images championed by the media

“When we were growing up if you got bullied at school you could retreat home to a place of safety. But with social media it’s always there.

“People have a constant need for gratification and they are looking at people’s lives online who look so great.

“There are regulations for alcohol and drugs but we don’t really have anything like that for social media which, for me, can be as damaging.

“Even now the buzz you get from social media – from a like or nice comment – is the same as a buzz for your brain. So it’s no wonder we’re so affected and hooked by it. I’d much rather live in the real world.”