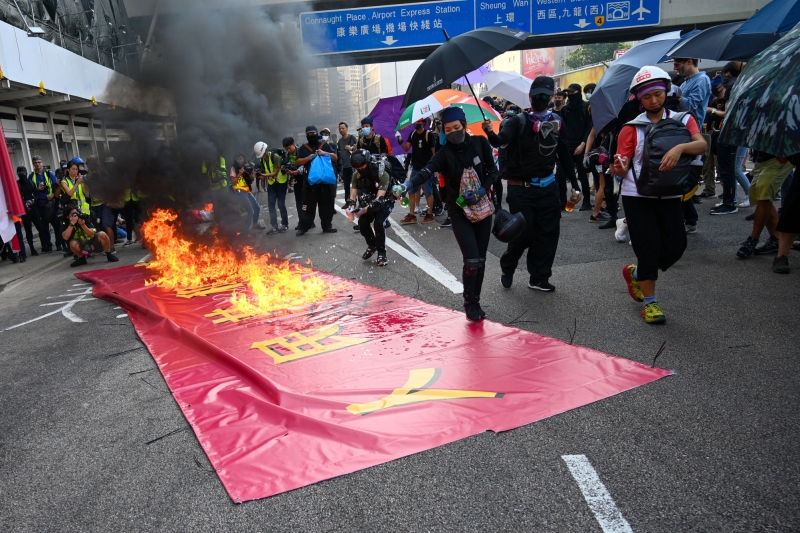 June 18 (UPI) — Hours before China’s top legislature was to convene on Thursday, the Group of Seven powerful countries urged Beijing to reconsider imposing a controversial national security law on Hong Kong that critics say will dismantle the embattled region’s autonomy.

The Standing Committee of the 13th National People’s Congress was to convene from Thursday to Saturday when lawmakers will deliberate draft laws, China’s state-run Xinhuanet reported without indicating if the Hong Kong bill was on the schedule.

China has come under widespread international criticism after its rubber-stamp legislature near-unanimously approved a bill late May to criminalize acts of secession, sedition, subversion, terrorism and conspiring with foreign actors to threaten national security in Hong Kong. However, specifics of the law have not been revealed.

In a statement on Wednesday, the foreign ministers of the G7 nations expressed “grave concern” over China’s decision to impose the national security law they say is “not in conformity” with Hong Kong’s constitution or Beijing’s responsibilities under the U.N.-registered Sino-British Joint Declaration that returned the region to Chinese sovereignty from British rule in 1997.

“The proposed national security law would risk seriously undermining the ‘One Country, Two Systems’ principle and the territory’s high degree of autonomy,” the foreign ministers said, referring to the government framework that gives Hong Kong freedoms absent from mainland China. “It would jeopardize the system, which has allowed Hong Kong to flourish and made it a success over many years.”

The statement, signed by the G7 countries of the United States, Canada, France, Germany, Italy, Japan and Britain, as well as the European Union, also expressed concern the law will “curtail and threaten” the rights and freedoms of all people who live under the rule of law and the existence of an independent justice system.

“We strongly urge the government of China to reconsider this decision,” they said.

The G7 call came a day after 86 human rights groups, including Amnesty International and Human Rights Watch, sent a letter to Li Zhanshu, chairman of the Standing Committee of the National People’s Congress, urging him to “reject” the legislation.

The group sent the letter in anticipation that the law will be discussed at the upcoming meeting, stating it could come into force soon after.

Though little is known about the law, the group said they are concerned it may allow for Beijing agencies, such as the Ministry of State Security and the National Security Bureau of the Ministry of Public Security, to operate in Hong Kong.

They are also concerned as comparable legislation on the mainland permits the criminalization of overly broad and vague offenses that include criticism of the government, which can be used to quell peaceful protests.

“We urge the NPCSC to abandon plans to introduce national security legislation for Hong Kong, as what is known about the draft law so far and the experiences with respective national security laws in mainland China strongly indicate that neither the law nor its application would conform to international human rights law and standards,” the group said.

The law was proposed amid ongoing pro-democracy protests in Hong Kong that were ignited a year ago by a now withdrawn extradition bill.

The United States has repeatedly stated its support for the protesters and U.S. Secretary of State Mike Pompeo has notified Congress that Hong Kong’s level of autonomy no longer warrants special trade status.

Late last year, U.S. President Donald Trump signed two laws in support of the Hong Kong protesters: One to assess the autonomous region’s autonomy from China and another to prohibit U.S. exports of crowd-control tools, such as tear gas, pepper spray, grenades and others, to the Hong Kong police.

China has repeatedly rejected such criticism and moves as meddling in its internal affairs.

In retaliation to the laws, China suspended port calls by U.S. military ships to the embattled region and sanctioned non-government organizations, including Human Rights Watch.