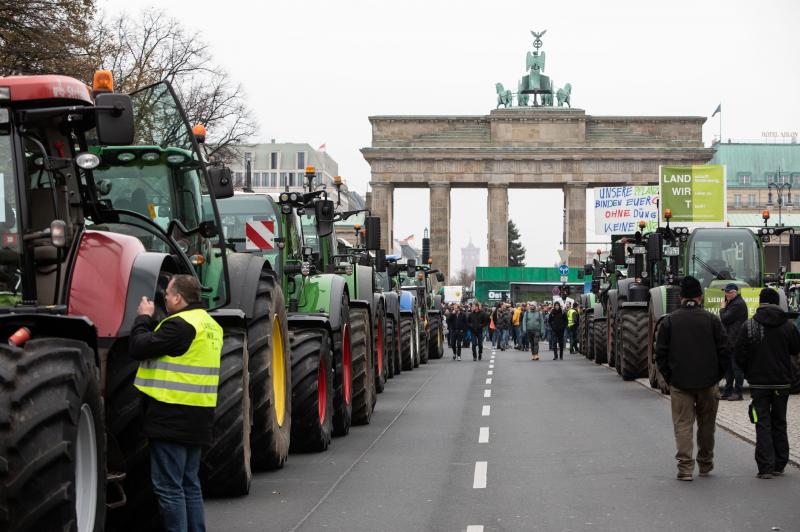 Nov. 26 (UPI) — Thousands of farmers in Germany parked their tractors outside Berlin’s Brandenburg Gate on Tuesday in protest of government restrictions on fertilizers, pesticides and insecticides.

About 10,000 farmers drove 5,000 tractors causing traffic jams in downtown berlin as large convoys of tractors moved through the city toward the location of the protest.

German Agriculture Minister Julia Klockner and Environment Minister Svenja Schulze presented an agricultural package in September requiring farmers to reduce their use of fertilizers, pesticides and insecticides to curb the rate of insect deaths and reduce nitrate content in groundwater.

The farmers stated that the limits are too restrictive and make it difficult for the country’s agriculture industry to compete against imports.

“When we’re supposed to reduce the use of fertilizers by 20 percent as the government wants us to, it means our plants get 20 percent less nutrients every year and that will have a corresponding impact on our yields and our incomes,” a farmer from Bavaria told Deutsche Welle.

Some farmers questioned the government’s research linking the use of fertilizers to nitrates in the groundwater.

They also questioned whether the government considered their interests when pushing for the legislation and called for subsidies to help farms remain in business.

“Our mass protest in Berlin today really unites us farmers and is not organized by or related to a given agricultural lobby group,” the Bavarian farmer said. “We appear as one unified group and that will hopefully help us exert more pressure on the government to rethink its current policy.”