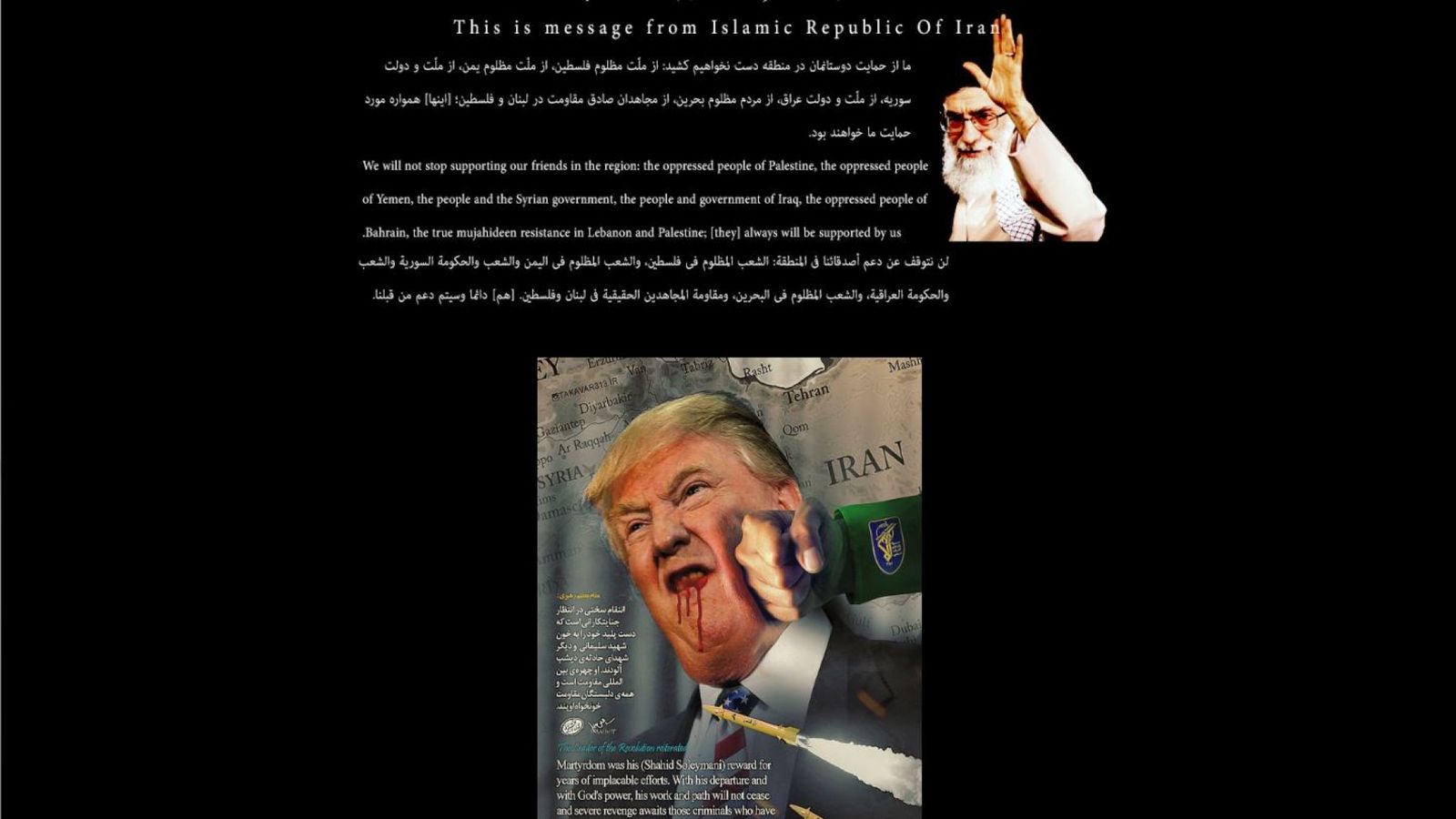 A US government-operated website has been hacked by a group claiming to be acting in retaliation for the killing of Iran’s top general.

Those who clicked on the American Federal Depository Library Programme (FDLP) site on Saturday night were faced with a black page claiming to be from the Islamic Republic of Iran.

It showed a picture of President Donald Trump being hit in the face by a fist with blood dripping from his mouth.

Underneath it said “Hacked by Iran Cyber Security Group Hackers” with a claim that the attack was “only a small part” of their ability.

Despite this, there is little evidence the defacement was carried out by Iran.

A spokesperson for the Cybersecurity and Infrastructure Security Agency, a division of the Department of Homeland Security, said the website was taken offline soon after the image appeared.

“We are aware the website of the Federal Depository Library Program (FDLP) was defaced with pro-Iranian, anti-US messaging. At this time, there is no confirmation that this was the action of Iranian state-sponsored actors.

“The website was taken offline and is no longer accessible. CISA is monitoring the situation with FDLP and our federal partners.”

It comes just days after a US airstrike killed Major General Qassem Soleimani – head of the country’s elite Quds force and mastermind of its regional security strategy.

The regime has threatened to retaliate.