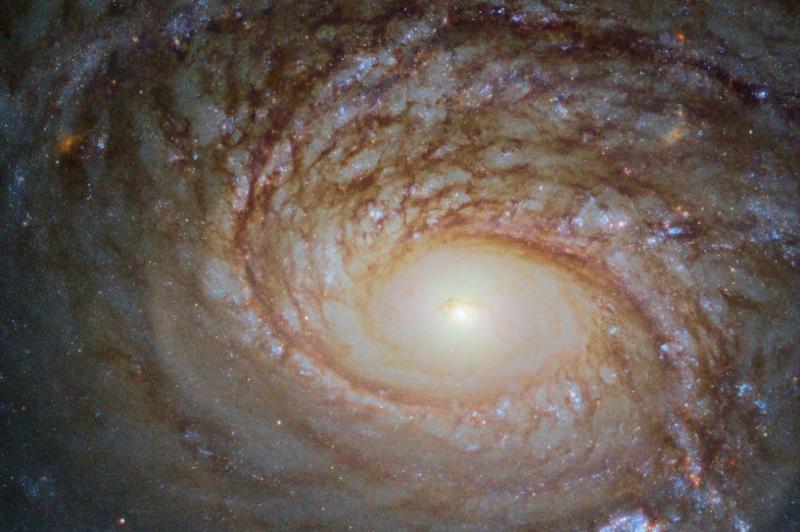 But while NGC 772 may look like many of the other spiral galaxies photographed by Hubble, its composition and structure are unique. NGC 772 is without a bar; it is an unbarred spiral galaxy.

Unusual or not, the spiral galaxy, described by scientists at the European Space Agency this week, is easy on the eyes, featuring an attractive “mixture of bright specks of star formation and dark ripples of cosmic dust weaving throughout.”

The unbarred spiral galaxy boasts a diameter of 200,000 light-years, and it is located 116 million light-years away in the constellation of Aries. It is sometimes known as LEDA 7525, UGC 1466 and Arp 78.