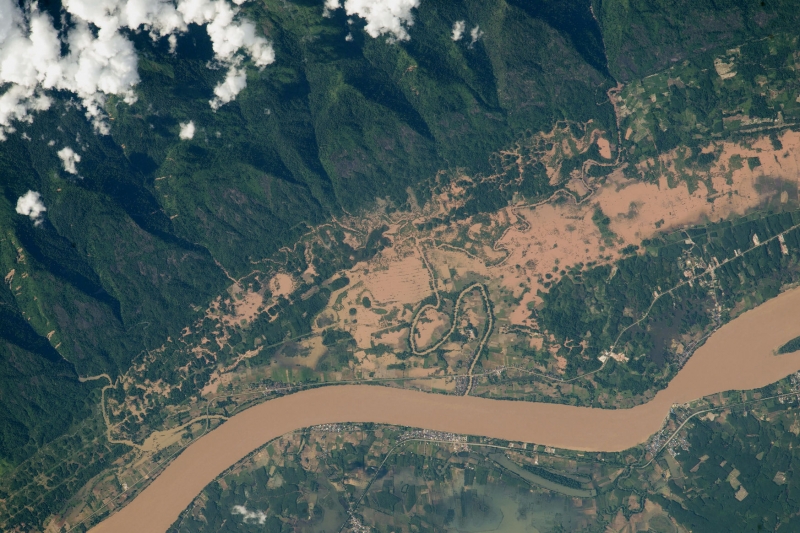 For the study — published Friday in the journal One Earth — scientists synthesized past work on the most significant stressors affecting large rivers.

“These are in addition to those of climate change — flooding and droughts — and greenhouse-gas linked sea-level rise,” lead study author Jim Best told UPI in an email.

“The thrust of our paper is that these other stressors may pose a more immediate threat in many large rivers, and that they can reduce resilience thresholds that then makes these rivers more vulnerable to the effects of climate-change induced stresses,” said Best, a professor of geology and geography at the University of Illinois at Urbana-Champaign.

The crux of the paper echoes the warnings issued by a variety of other recent studies — that the threat of rising temperatures and rising seas has overshadowed other serious ecological problems, from habitat loss and overfishing to invasive species and agricultural runoff.

The warnings have moved scientists and policy makers with United Nations to emphasize the importance of addressing worrying land-use trends and biodiversity losses as part of the broader solution to climate change.

“Our main point is that we worried that the understandable concern about dangerous climate change — which is real and warranted — has meant that in some cases the main causes of dangerous environmental change are sometimes overlooked,” study co-author Stephen Darby, professor of physical geography at the University of Southampton, told UPI.

In their paper, Best and Darby compiled data detailing the human activities threatening the health of the Mekong River in Southeast Asia.

The Mekong Delta is increasingly vulnerable to damaging floods as a result of subsidence, or sinking, a problem exacerbated by groundwater extraction and slowing rates of sedimentation. As more dams get built in the region, less sediment makes its way downstream.

The Mekong isn’t alone. Rivers all over the world, big and small, face both the threat of climate change and those posed by human activities.

“Rivers such as the Mississippi have huge issues with nutrient loading and hypoxia in the Gulf of Mexico; the Huang He and Chang Jiang, or Yellow and Yangtze, rivers have seen significant changes to their flow and sediment loads due to damming, as well as large-scale water diversions across China,” Best said.

“The Ganges is struggling with pollution from a wide range of causes; macro and micro plastic pollution is common in many rivers, large and small, and feeding this waste into the world’s oceans,” Best said.

According to the study’s authors, addressing the threats posed by human activities, like water diversion and agricultural runoff, won’t require policy makers to ignore climate change. In fact, they argue working to safeguard river systems from human activities will make river systems more resilient to the threat of rising sea levels and extreme weather.

Of course, the opposite is also true. Harmful human activities, if left unchecked, are likely to make river systems more vulnerable to the impacts of climate change, the researchers said.

“The other stressors mentioned above, and not just climate change, likely compound the effects that climate change, through increased flooding or drought, may have, potentially making these landscapes more vulnerable to extreme events,” Best said.

In the Mekong River Delta, for example, rising sea levels have led to the encroachment of saline water into freshwater ecosystems. This problem is being made worse by sediment starvation caused by upstream damming and sediment mining.

“The compound effects of these stresses are influencing the types of agriculture, and agricultural production, for this vital region. These other stressors of sediment starvation and subsidence are yielding far larger effects on a shorter timescale than just sea-level rise,” Best said.