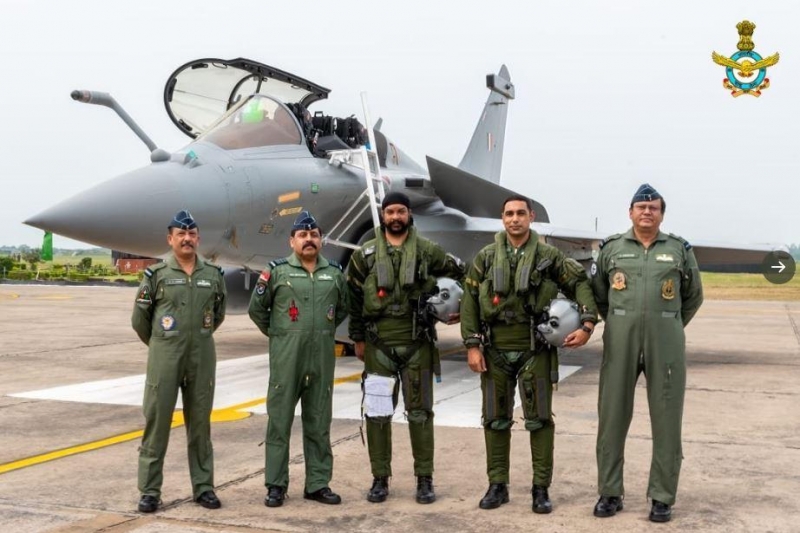 The French-built planes flew to Abu Dhabi and then to India, the Indian air force announced.

The aircraft are part of a $ 965 million purchase to upgrade India’s military, as it contends with Pakistan on its west and China on its east, officials have noted.

“On entering the Indian airspace, the Rafales were given an aerial welcome by two IAF Su-30 aircraft. At AF Stn Ambala, they were accorded the traditional ‘Water Cannon Salute,” air force officials said on Twitter.

The Indian government discouraged media coverage or celebration, opting instead for a “final induction ceremony” in August.

“IAF aircrew and ground crew have undergone comprehensive training on the aircraft,including its highly advanced weapons systems, and are fully operational now,” Indian air force officials said earlier this month ahead of the delivery. “Post arrival, efforts will focus on operationalization of the aircraft at the earliest.”

Although some members of the country’s National Congress remained opposed to the cost of the planes, numerous Indian officials used social media to send congratulations.

“I would like to add, if it is anyone who should be worried about or critical about this new capability of the Indian Air Force, it should be those who want to threaten our territorial integrity,” said Defense Minister Rajnath Singh, said to be a veiled warning to China.

China and India have long been involved in military incidents over disputed border territory. In June, India deployed surface-to-air missiles to its border with China in the Himalayan Mountains after a clash with Chinese troops left 20 Indian soldiers dead.

The planes, used by the militaries of France, Egypt and Qatar, are known for their agility in the air, and typically carry air-to-air and air-to-surface missiles.