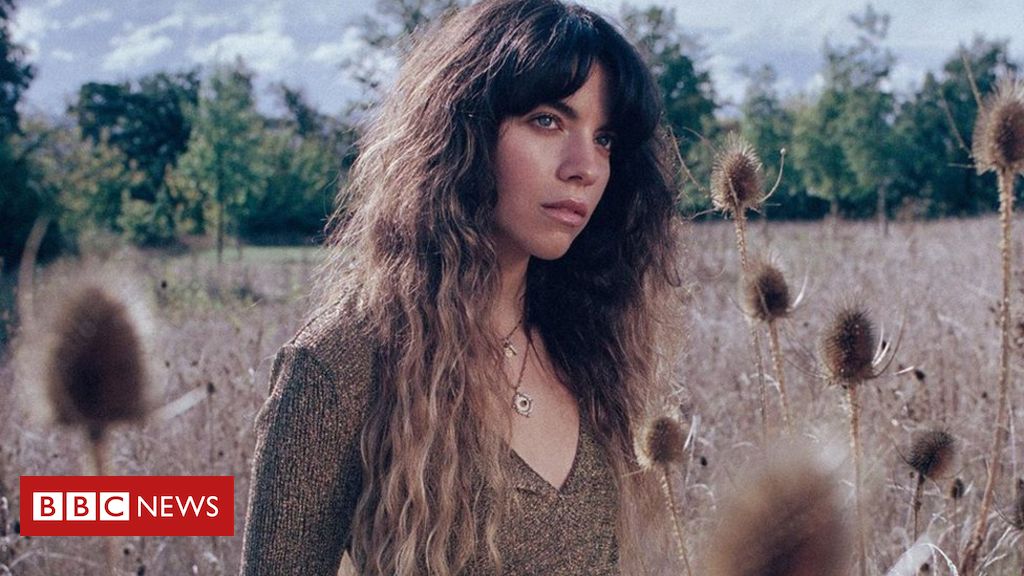 Just before Christmas 2018, Azure Ryder climbed into a vintage propeller plane and took hold of the controls as she soared over the ridges and passes of the Californian mountains.

“Holy guacamole, it was the greatest experience,” she enthused on her Instagram page. “My heart was so high.”

But the experience, a gift from her then-boyfriend, also prompted a deeper realisation for the 23-year-old.

“The plane moves so responsively to your touch,” she tells the BBC, “and it was one of those moments where I realised the control we have over our own lives and the situations we find ourselves in.

“So… It was powerful to be holding that steering wheel.”

The lesson resonated so forcefully with the singer because, over the previous year, she’d been plunged into an unfamiliar and sometimes frightening world.

After being spotted in an Instagram post, the singer had been swept away from her native Australia and put into writing sessions with some of the industry’s biggest names – including Isabella Summers from Florence and the Machine and Natalie Henby from the Highwomen.

“I struggled with it at times,” admits Ryder, “but it’s also magical to be in rooms with people who feel equally as passionate about music.”

The first fruits of those sessions were released on Friday, on Ryder’s debut EP, Running With The Wolves.

Built around the Australian’s warm, beguiling voice, the songs are dreamy and beautiful, with nods to Maggie Rogers’ rural pop and Florence’s earthy drama.

Musically restless, they rise and fall with the currents, as Ryder charts her journey from musical naïf to pop star in waiting.

“I’m rising up, I’m not the girl you tore apart,” she sings on Stir The Dust. “I’m turning my scars into art.“

But Ryder is sophisticated enough to know that life doesn’t always travel in one direction. And that turbulence surfaces on the EP’s lead song, Dizzy, a deceptively funky song that never fully resolves.

“Half the time I’m wading water /And the other half I’m in the sky,” she sings, “‘Cause it’s the rise and the fall / That means that I’m still trying.“

“I think everyone has situations where one second they’re going, ‘Oh my God, this is amazing,’ and the next second it’s like, ‘The world is crashing down,” she explains.

“I think celebrating that rather than resisting it is a massive thing. So I wanted the melody and the music to represent those highs and lows.

Growing up, she says she “struggled connecting with people” outside her “incredible and really big” family but she could always find solace in nature.

“Ten minutes’ walk from my house, I can be on a headland and sit up above the ocean,” she explains. “So that was my peace and calm.”

Although none of her family are musical, they listened to all the classics – Dusty Springfield, Sam Cooke, Carole King – while her elder brother force-fed her a diet of hip-hop and R&B.

But it was joining the church choir at the age of five that showed her the direction her life would take.

“That was like my first experience of actually figuring out what music was – and what it did for me and everyone else around me.

“And I’ve never wavered from then, in knowing this is what I was going to be doing.”

“Well,” she laughs, “there was stage of also wanting to be a professional horse rider while I was a singer. But music always came first.”

Ryder says she “always had melodies and lyrics in my head” and even now will scrap Instagram posts when the words leap off the screen and suggest a new tune.

As a child, though, she and her friend “would perform a capella to our families” but it wasn’t until two years ago that she started getting help putting melodies to music.

Her big break, when it came, happened purely by accident.

After leaving school, she found herself in a retail job in Sydney that “completely drained every bit of creative spirit I had”.

Eventually, she decided to quit, and spent her savings hiring a recording studio on the surfers’ haven of Byron Bay in New South Wales.

“I spent a lot of money and the results just were not me,” she recalls. “It was my first experience really of feeling like, to other people, I didn’t have much value or much say.”

Disheartened, she made some money by modelling for a clothes label, who in turn invited her to attend a local musical event called Bluesfest.

There, on the final day, a friend shot a video of her walking around the site and posted it to Instagram with a caption saying Ryder had the “most beautiful voice”.

The clip was randomly spotted by a local music manager and, even though she wasn’t singing, he was intrigued. The next day, Ryder received a direct message.

“So I basically met with him, connected instantly, and he had me in my first session the next morning.”

Since then, the 23-year-old has signed to Island Records and relocated to London, where she started developing her sound.

She was overawed at meeting Isabella Summers, who “has words pasted all over her keyboard… All these amazing, beautiful words that you can just glance at and it sparks something”.

“The first whole day, we were just talking, getting to know each other and then, just when I was about to leave, I went to the bathroom and James was playing something on guitar.

“This melody just popped into my head and I was like [gasps] bouncing out of the bathroom going, ‘Wait!'”

The resulting song, Wolves, was considered worthy to be her first single, but Ryder couldn’t convince everyone it would work.

“The thing that people worried about, was that it was a more stripped-back, acoustic thing and people might overlook it,” she explains.

“I went through a process of everyone being like, ‘Try these different producers, get them to give it something more,’ but I realised that song was meant to just be the way it is, and anything placed on top of it detracted from that.”

In the end, Ryder delved into her hard drive of demos and came across Dizzy – realising its more radio-friendly sound would not only be a better introduction to her music, but would let Wolves survive in its intended form.

“I felt Wolves deserved more [love] than that. So not making it the single fits,” she says. And, if anything, that experience encapsulates Azure Ryder’s emergence as fully-formed, self-assured artist.

“I think I’ve become a lot more confident,” she says. “I believe more in what I have to say and I’m more open about being vocal and standing my ground when I have to.

“That’s why all the songs on that EP are, I guess, about taking control back for yourself”

So, just as she discovered flying that plane, your destiny is in your own hands. You just need to be ready to take the steering wheel.

Azure Ryder’s debut EP, Running With the Wolves, is out now on Island Records.