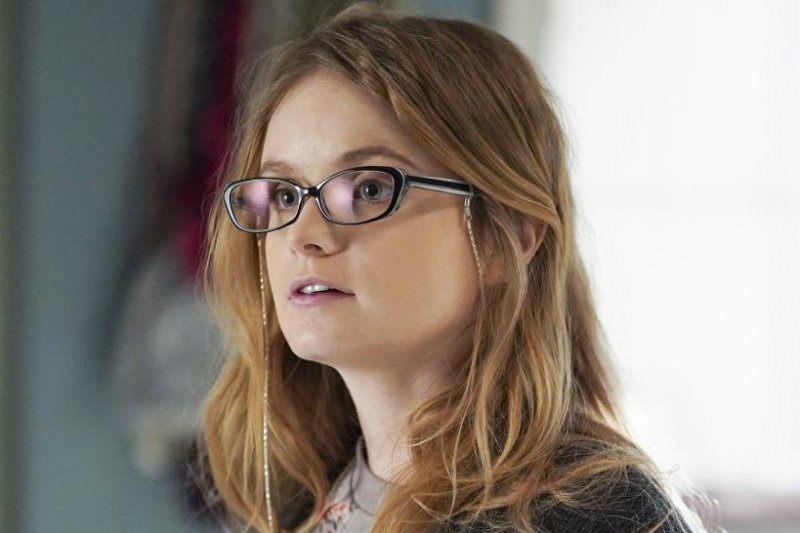 “All I can really say is Matilda is rethinking her life and using Google for help,” Cromer told UPI in a Zoom interview.

In Season 1, Matilda began to date Drea (Lillian Carrier) while both still were in high school. Now, the 23-year-old Cromer said their relationship will change.

“To be able to act maternal, that’s in my wheelhouse,” the 50-year-old told UPI in a phone interview. “I’m pretty sure I couldn’t care for an actual child.”

Suze and Toby support Drea and Matilda’s relationship. Bamford said Suze struggles with her own issues.

“It seems like she’s slightly irritated all the time,” Bamford said. “It seems like the mom has some problems with mood or needs to calm herself down.”

In Season 1, Nicholas contended with Matilda’s emerging sexuality. Matilda championed sex positivity and experimented with both boys and girls.

“It was important to show that there are some people with autism that are capable of consent and love,” Cromer said. “[They] have sex just as much as neurotypical people do.”

Bamford said the show’s ability to find comedy in portraying sometimes uncomfortable human experiences appealed to her. A stand-up comedian, Bamford said she related to Drea and Matilda’s “radical honesty.”

“Just saying exactly what is on one’s mind, I think, is something that comedians do as well,” Bamford said.

Bamford said she met Thomas at the Melbourne Comedy Festival years before. Thomas offered her the role of Suze. Freeform confirms Bamford will appear in seven episodes during Season 2.

Freeform produced Season 2 of Everything’s Gonna Be Okay in 2020 under COVID-19 safety protocols. Cromer joked about the daily nasal swabs.

“My nose got numb to it after two months,” Cromer said.

The pandemic compounds the aftermath of the Season 1 finale. Matilda was accepted to Juilliard but found visiting New York City too much with which to cope, so she opted to return home.

“Matilda is feeling definitely depressed,” Cromer said. “She is rethinking her life goals.”

In her depression, Matilda blames Nicholas for not preparing her to live alone in the city. However, Cromer said Matilda is lashing out.

“In a sense, she’s playing the victim part, wanting to blame others,” Cromer said.

In her own life, Cromer never went to college. She was already booking modeling work, and took acting lessons to transition to her current career.

Cromer identifies as autistic herself. The actor said she related to Matilda’s struggle to fit in and her ability to advocate for herself.

As part of that focus, Cromer hopes to convince Marvel to cast her as Squirrel Girl in a film or television show. So far, Marvel has not responded to Cromer’s suggestion, but she is not deterred.

“I am a go-getter though,” Cromer said. “Here’s to 2021 fulfilling my dreams with lots of work, including getting in to meet with Marvel. I’m hoping.”

Bamford found ways to continue performing comedy in 2020 via Zoom. She said Zoom brought her a worldwide audience, and she enjoyed the control it gave her.

“The complete control to mute and be muted is just wonderful,” Bamford said.

However, Bamford said Zoom is only a temporary solution. She does not see it replacing live comedy post-pandemic.

While speaking about her role on Everything’s Gonna Be Okay, Bamford was preparing to film the Showtime series Flatbush Misdemeanors.

Flatbush Misdemeanors will be the second time Bamford plays a mother — this time, the mother to comedian Dan Perlman, who co-created the show with Kevin Iso.

“Drea’s mom is definitely more together and is organized,” Bamford said. “The mother I’m playing for this show, Flatbush Misdemeanors, is a bit out of it.”