Pierre-Emerick Aubameyang’s struggles in front of goal since signing a whopping £350,000-a-week contract are a big concern for Arsenal.

The striker was brought in for a club-record fee of £54million back in January 2018, and he netted 54 Premier League goals in his first two-and-a-half seasons at the Emirates.

His goals helped them win an FA Cup and Community Shield trophy last summer and he bagged himself a Premier League Golden Boot in 2019.

This campaign, however, it’s been a different story. The pacy forward has scored only nine league goals this season, has looked disinterested on occasions, failed to turn up on time for the north London derby last month and was simply woeful in Saturday’s crushing defeat at home to Liverpool.

Some are beginning to speculate that his lucrative contract may be the reason behind his downturn in form, with a similar drop in productivity coming from Mesut Ozil after he signed his £350,000-a-week contract with the Gunners back in 2018.

Former Liverpool defender Jamie Carragher, speaking on Sky Sports, said: “I think there will be a big worry at Arsenal and for Mikel Arteta that they may have another Mesut Ozil situation where they give someone a big contract at £300,000 or £350,000-a-week.

“Next season and in these coming months that will be going through the manager’s mind.

“Have we got another situation like that? Because what he is producing right now is nowhere near good enough considering how good a player he is and also what Arsenal have invested in him.

“I think Aubameyang’s performances this season have been lazy, at times. I don’t care how many goals he gets – he’s won Golden Boots in the past – but he’s definitely a player who doesn’t bring anything to this team if he doesn’t score a goal, and that’s a big problem.”

Tony Cascarino made the same comparison with Ozil on talkSPORT and was even more damning about Aubameyang’s qualities.

“He’s one of those players where I look at him and think ‘Your numbers, are they an illusion?’ Because that is the only argument,” he said.

“He reminds me of a second Ozil, where it’s going. His numbers tell you he’s a great striker and gets lots of goals but to me I just don’t see a team player there. I just don’t.

“You get all these goalscorers, like [Sergio] Aguero gets goals and [Jamie] Vardy gets goals, and many others but I think he’s a far worse team player than any of them.”

Aubameyang’s decline this season is obvious, but it should probably be noted his output was already slowing down, already bringing the decision to offer him a new deal into question.

As well as the baseline stats the striker’s expected goals per season shot down from 20.7 in 2019 to just nine in 2021, a real indicator of just how much he’s struggled in front of goal. 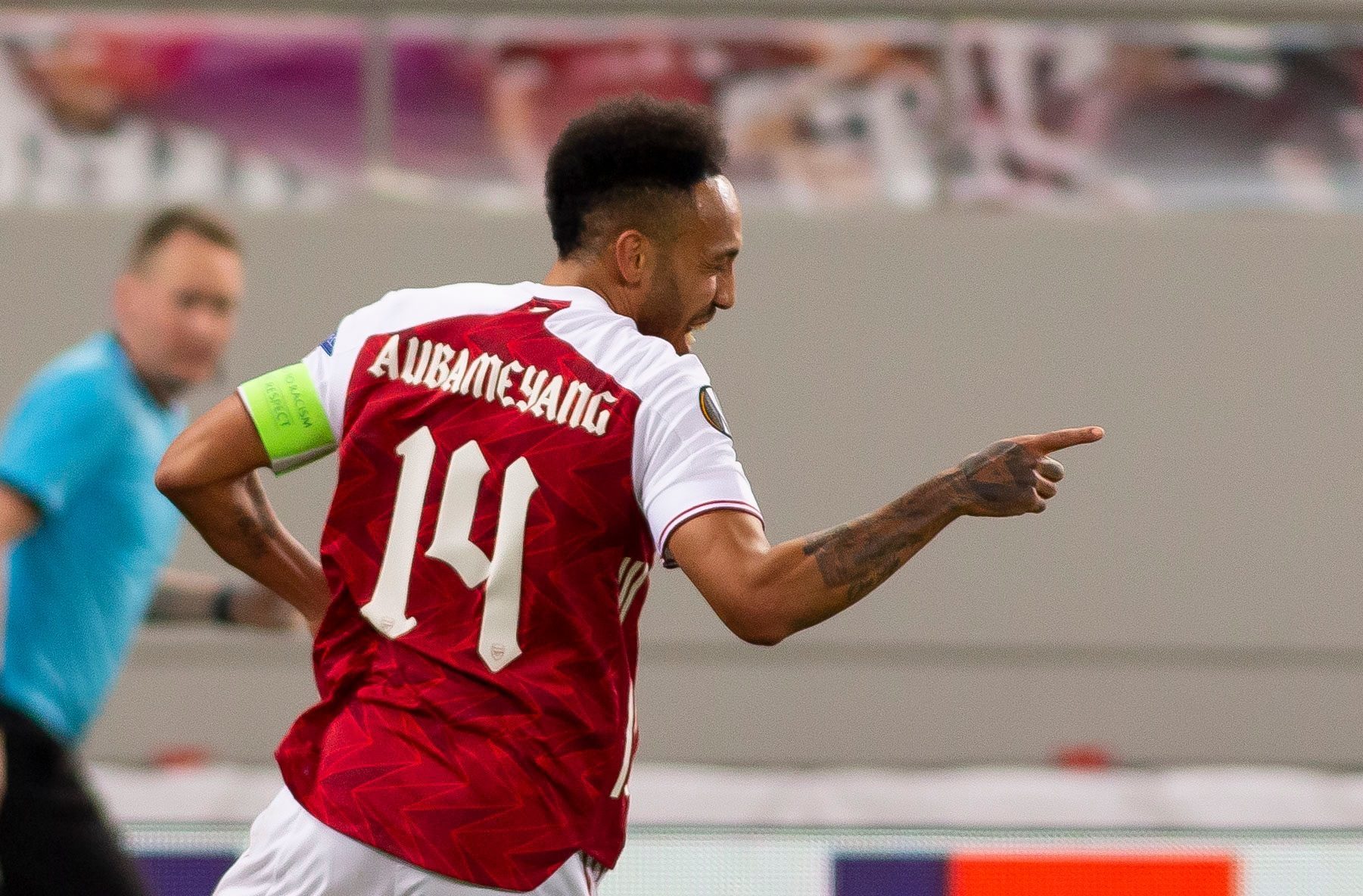 And his creative contribution has also slowed

Manager Arteta, though, has shut down any correlation between the forward’s form and his contract.

Ahead of the loss to Liverpool, he said: “It is easy to connect things like that, but I am not suspicious of that.

“We have had conversations about what he wanted to do from last year’s point of view to his near future in the next two years, and he was ambitious with that.

“We talked for months about the ratio of goals we need him to score to give us the best possible chance of being at the top.

“It has not been what it has been in recent years and it’s a factor that is contributed to by a lot of things that the team has to do on the pitch. It is not just his thing.

“But obviously we need Auba in a different form in the next games to give us our best chance to finish where we want to finish the season, that’s clear.”

Martin Keown, though, believes it may well be time to axe Aubameyang and give Gabriel Martinelli a run in the first team.

“He doesn’t look a happy man on the football pitch at all,” he said of the 31-year-old.

“He is not offering a great deal going forward. It is maybe time now to think about moving the captain out of the team.

“If the young players see him playing but he’s not really performing well enough, it sets the wrong example to the group.

“Something at the moment is not right in his life. He doesn’t look a happy man at all. If you look at his body language, the smile has gone. The bounce has gone.

“It is better he doesn’t play. He has a youngster Martinelli [who can replace him]. [Martin] Odegaard has been in a Real Madrid dressing room and has said he’s the best young player he has seen in years.

“He doesn’t actually play for Arsenal, he just trains. Surely it is time to give him a game, particularly if Aubameyang is not up for it and in the mood.”