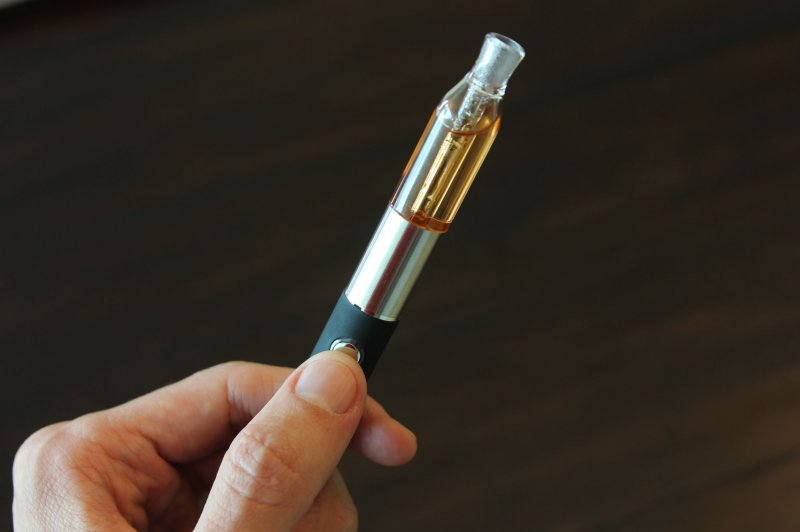 April 2 (UPI) — Just over 60% of e-cigarette users want to quit the habit, according to a study published Friday by JAMA Network Open.

In addition, more than 15% of adults who vape reported they have made an attempt to quit in the past year, the data showed.

The findings highlight that most people who use electronic cigarettes or vaping products want to stop, and that current smoking cessation approaches, designed for smokers of traditional cigarettes, may not be effective for them, researchers said.

“Many people may have started vaping as part of an attempt to stop smoking cigarettes,” study co-author Benjamin A. Toll told UPI in a phone interview.

“What our data shows is that many of them are starting to realize that they are replacing an old habit with a new one that they want to quit, as well,” said Toll, chief of Tobacco Cessation at the Medical University of South Carolina in Charleston.

E-cigarettes and vaping pens use a battery-powered heating device to convert a liquid that contains nicotine, the addictive drug in tobacco products, into an aerosol that users inhale, according to the U.S. Centers for Disease Control and Prevention.

An estimated 14% of all U.S. adults smoke, and roughly one in four of them use e-cigarettes, according to recent research.

Vaping has been marketed as an option for people who want to quit smoking traditional cigarettes, though earlier studies about their effectiveness have produced mixed results, according to SmokeFree.gov, the U.S. Department of Health and Human Services smoking cessation initiative.

Smokers who use vaping products to quit may, in effect, be “substituting another addictive product that you’re going to want to quit,” Toll said.

For this study, Toll and his colleagues analyzed data on more than 30,000 adults across the country. Roughly 2,000, or 7%, were e-cigarette users.

Of the e-cigarette users, 59% were male and 59% were White, the researchers said.

Forty-four percent of the responding e-cigarette users were age 18 to 44, and 54% were “dual users” of vaping devices and traditional cigarettes.

Just over 30% of the vaping respondents had quit using traditional cigarettes within the past 30 days, and 12% had never used them.

Among current e-cigarette users, 15% had made an attempt to quit in the past year and 61% said they planned to try quitting in the future.

Current approaches to tobacco cessation, however, are geared toward cigarette smokers.

They may not be as effective for vapers because they focus on smoking “triggers,” including places where smoking cigarettes is allowed, and “you can use vapes in places you can’t use cigarettes,” Toll said.