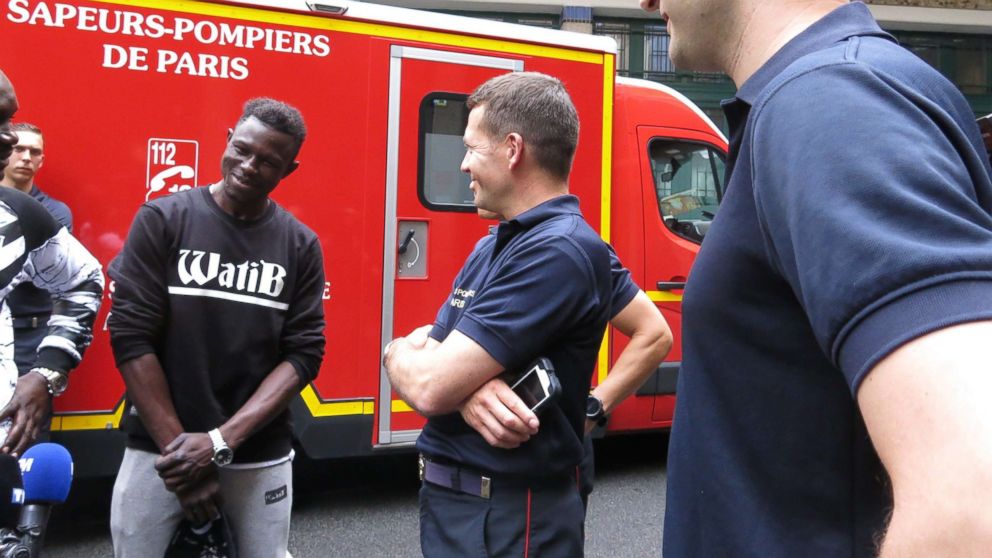 The 22-year-old man from Mali who rescued a boy hanging from a balcony over the weekend in Paris met with firefighters from the Paris fire brigade on Tuesday.

Mamoudou Gassama, who arrived in France last September, has been offered a 10-month internship with the brigade and will receive around 600 euros ($ 690) a month. This is the standard salary for internships in France.

The head of Paris fire brigade said he was “welcoming Mamoudou Gassama so that he could discover what our job is like.”

“I am going to do everything I can” to become a firefighter, Gassama replied.

Videos of Gassama scaling a building in northern Paris and pulling a young boy to safety went viral. French President Emmanuel Macron welcomed Gassama at the Elysee Palace on Monday and said Gassama would become a French citizen in the coming weeks.