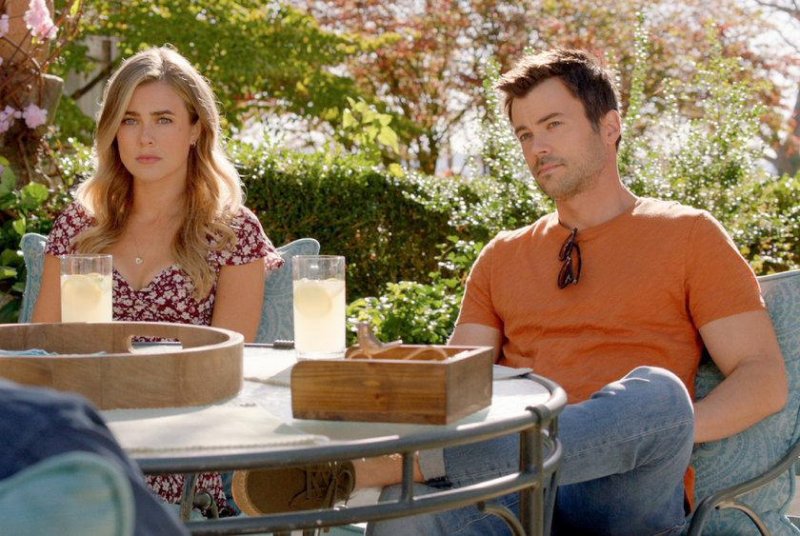 NEW YORK, April 1 (UPI) — The stars of Manifest said Season 3 of the NBC sci-fi thriller, which premieres Thursday, will be a game changer.

The series follows passengers of Flight 828, who experience brief turbulence while flying, and then arrive at their destination, where they are told they have been missing and presumed dead for the past five years. That left heartbroken loved ones to move on without them.

As the travelers try to restart their lives, they quickly realize they are connected to one another psychically and are able to predict the future, particularly when people will die, thanks to the inexplicable visions and voices that guide them.

The plane tail with the number 828 written on it that was recovered from the ocean at the end of Season 2 will play a big part in unraveling the mystery of what is really going on, cast member Melissa Roxburgh told UPI in a recent Zoom call with reporters.

“The discovery of the tail fin was massive because it is a physical answer — or a physical question — whichever way you look at it,” said Roxburgh, who plays Michaela Stone, a passenger on the flight and a New York Police Department detective.

“Up until then, it’s kind of all been cerebral and following callings. But this is the first tangible thing we’ve been able to hold on to, so I think that was really exciting to go into Season 3.”

Although the season is just beginning, Roxburgh said she can’t wait to see fans freak out over the finale.

“It’s not light at all. It kind of rebirths the show,” she teased.

Matt Long plays Michaela’s husband, Zeke Landon, a hiker who emerged from a cave after a year had passed with similar psychic superpowers.

At the end of Season 2, Zeke survived his expected death date. He believes this is because he faithfully followed the directions of the voices he heard and sacrificed himself to save others.

“I wanted to see how he came back, and he has really been reborn in every single way possible, except he still has the love of his life and he is still involved in the story,” Long said.

Season 3 will look more closely at why and how Zeke survived and whether this strategy can be applied to help the rest of the characters beat their own death days.

“But it’s not as simple as that as we find out in the mid-season finale,” Long said.

“It is a reveal that has implications for everybody in the show. It’s not nearly as simple as we thought and then the finale of the season is just explosive: unlike anything we’ve ever had — like Melissa said — and people are going to be absolutely shocked.”

Long acknowledged the brave and selfless actions Zeke takes that appear to have saved his life were uncharacteristic for the former drug addict who was ashamed of causing his family great pain.

“Maybe it’s just having that sense that I have a purpose now,” he added. “Normal, everyday average people can do extraordinary things in the right circumstances.”

One side effect of Zeke’s survival is that he will be married to Michaela for longer than either expected.

“Michaela is like: ‘What the heck? I thought you were going to be gone! Get out of here!'” Roxburgh joked as Long laughed out loud, remarking, “That doesn’t sound good.”

The actor confirmed the couple’s marriage would be different going forward, largely because Zeke no longer is a doomed man.

“From Zeke’s perspective, he is newborn, but he also has this new outlook on life and he is unbelievably grateful,” Long said. “He has 110 percent faith in the callings. He thinks he has the answer for how Michaela is going to survive this, but we have [Michaela’s ex-fiance] Jared still in the picture. He’s around a lot, and it’s very complicated.”

Zeke and Michaela also move in with another person, further ratcheting up the tension.

“The relationship between Michaela and Zeke continues to be told throughout Season 3. It is a big part of the story,” Long said.