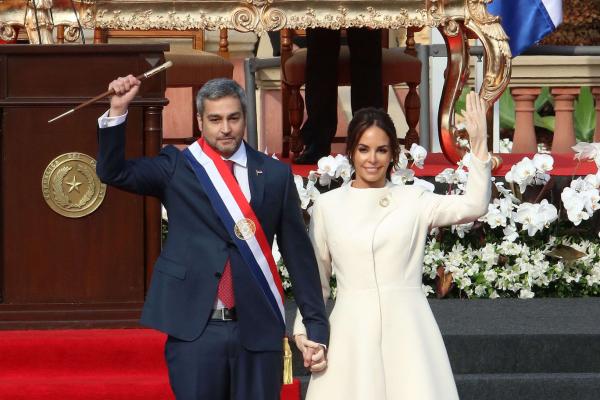 Aug. 15 (UPI) — Former Senator Mario Abdo Benítez was sworn in as president of Paraguay on Wednesday after narrowly winning the presidential election in April.

“We are going to build an independent and courageous justice so that impunity ends,” he said.

Abdo Benítez defeated his opponent, liberal candidate Efraín Alegre, by a margin of less than 3 percentage points to keep control of the country in the hands of the conservative Colorado Party.

His predecessor, Horacio Cartes, and several Colorado Party senators chose not to attend the ceremony.

The Colorado Party split over Cartes’ attempt to amend the Constitution in order to earn another term and Abdo Benítez is expected to face resistance in Congress.

He also expressed a desire to separate himself from his father’s political legacy with the Stroessner regime, which killed 400 people and arrested and tortured thousands more.

“I was 15, 16 at the end of Stroessner, I was not involved in politics or militancy at that time, I rescued the policies that generated a positive impact, and that does not mean vindicating the person,” he said of his father’s legacy, according to El Pais.

He previously said he wants to be known by his nickname “Marito” rather than the name he shares with his father, although he arrived to the ceremony in the same white Cadillac that Stroessner used to attend military parades.