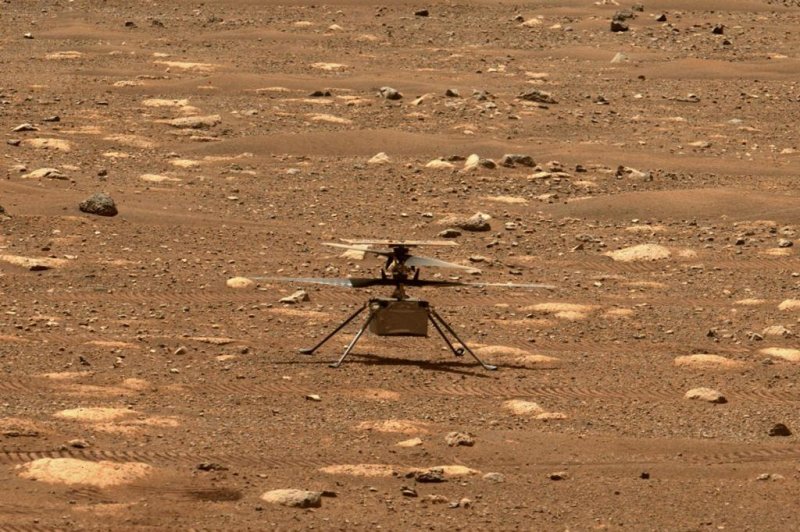 April 10 (UPI) — NASA has delayed the first flight of the Ingenuity Mars helicopter until at least Wednesday.

The agency announced the delay in a Saturday news release after a high-speed test of the helicopter’s rotors abruptly stopped Friday.

The drone‘s watchdog timer expired as it was trying to transition the flight computer from “pre-flight” to “flight” mode, according to NASA.

The watchdog timer oversees the command sequences and alerts the system to any potential problems, preventing the system from proceeding when an issue is detected.

NASA described the helicopter as “safe and healthy” and said the Ingenuity Mars’ team is reviewing telemetry to diagnose and understand the full-speed test.

Friday’s test was the last major one before the helicopter’s first scheduled flight.

NASA originally planned the first flight for Sunday, though results wouldn’t be available until Monday due to transmission delays.

The helicopter’s two pairs of blades are designed to spin in opposite directions at more than 2,500 rotations per minute.

The rotor blades need to spin about eight times faster than typical helicopters in order to power the four-pound drone through Mars’ thin atmosphere, which has just 1% of the density of Earth’s atmosphere.

The Mars rover Perseverance deposited Ingenuity after it landed on Mars in February.

The helicopter is designed for a 30-day demonstration, after which Perseverance is scheduled to continue on its primary mission of drilling rock samples in a search for signs of past life on Mars.