Dec. 25 (UPI) — In 2020, the COVID-19 pandemic demanded the attention of thousands of scientists, but they had a lot to look in to, including vaccines and treatments for the novel coronavirus.

But not all science remained earthbound.

Many scientists kept their attention on the skies, searching for answers to cosmic mysteries and preparing for the next chapter in the history of human spaceflight.

Here are five of the most astounding space-related scientific breakthroughs and discoveries made over the last 12 months.

These discoveries have set the stage for even more compelling advances in the year ahead — a year during which NASA hopes to fly a helicopter on Mars and send its first Artemis test flights to the moon.

While scientists have insight into the inner workings of the sun, there is much about the star that researchers still don’t understand, like why its atmosphere is hotter than its surface or what exactly fuels coronal mass ejections.

In 2020, scientists got a closer look at some of the sun’s most perplexing phenomena, thanks to a pair of observatories: NASA’s High Resolution Coronal Imager, a sub-orbital telescope called Hi-C and the agency’s Solar Orbiter, a space probe jointly managed with the European Space Agency.

This spring, scientists working on the Hi-C mission shared the sharpest-ever photos of the sun, revealing fine magnetic threads of super heated plasma that make up the sun’s outer layer.

“These new Hi-C images give us a remarkable insight into the Sun’s atmosphere,” said Amy Winebarger, Hi-C principal investigator at NASA’s Marshall Space Flight Center in Huntsville, Ala.

Not to be outdone, NASA and European Space Agency researchers working on the Solar Orbiter mission released the closest images yet taken of the Earth’s host star.

“[That understanding] is important for understanding how it drives space weather near the Earth and throughout the solar system,” Gilbert said.

In 2020, researchers published the first scientific papers utilizing data collected by NASA’s InSight lander. Since the spacecraft began its scientific mission in late 2018, its seismometer has detected hundreds of Marsquakes.

The frequencies of the seismic waves recorded by InSight’s instruments suggest the craft landed on a large patch of sand that extends a few feet below the Martian surface.

According to analysis by researchers at NASA and the Swiss Federal Institute of Technology in Zurich, Mars’ composition beneath the sandy topsoil a lot like Earth’s crystalline crust, but more fractured.

Researchers were able to link some of the Red Planet’s quakes to a volcanically active region known as Cerberus Fossae, which is characterized by a pair of deep channels that were created by lava flows some 10 million years ago.

“It’s just about the youngest tectonic feature on the planet,” planetary geologist Matt Golombek, of NASA’s Jet Propulsion Laboratory in Pasadena, Calif., said in a news release. “The fact that we’re seeing evidence of shaking in this region isn’t a surprise, but it’s very cool.”

The search for life continues to dominate the field of planetary science. It has inspired a variety of investigations by different kinds of scientists, from geochemists to astrobiologists, but it is also has centered largely on the never-ending hunt for extraterrestrial water.

This summer, scientists at NASA used sophisticated mathematical models to predict whether Earth-like exoplanets near our solar system host water.

Lynnae Quick, planetary scientist at the Goddard Space Flight Center, found a quarter of the 53 exoplanets analyzed are likely to be ocean worlds. This means they feature large bodies of water encased in layers of ice — like Saturn’s moon Enceladus and Jupiter’s moon Europa.

“Forthcoming missions will give us a chance to see whether ocean moons in our solar system could support life,” Quick said in a NASA news release. “If we find chemical signatures of life, we can try to look for similar signs at interstellar distances.”

In early December, China’s Chang’e-5 lander touched down on Mons Rumker, a 1.2-billion-year-old volcanic plain inside Oceanus Procellarum, also known as the Ocean of Storms, situated on the near side of the moon.

After collecting 4.4 pounds of rock samples, the lander lifted off from the surface of the moon and rendezvoused with the spacecraft’s orbiter.

On Dec. 17, the Chang’e-5 return capsule, having safely separated from the main spacecraft some 3,000 miles above the southern Atlantic Ocean, touched down in Inner Mongolia.

This year, NASA became the second nation to successfully collect rocks and dust from the surface of an asteroid.

The rock samples were successfully sealed in a capsule and are ready for their trip home. The journey back to Earth will begin next year, but the rock samples aren’t expected to touch down until 2023.

Bennu is believed to offer a window into the solar system’s past since it’s a pristine, carbon-rich body carrying building blocks of both planets and life. 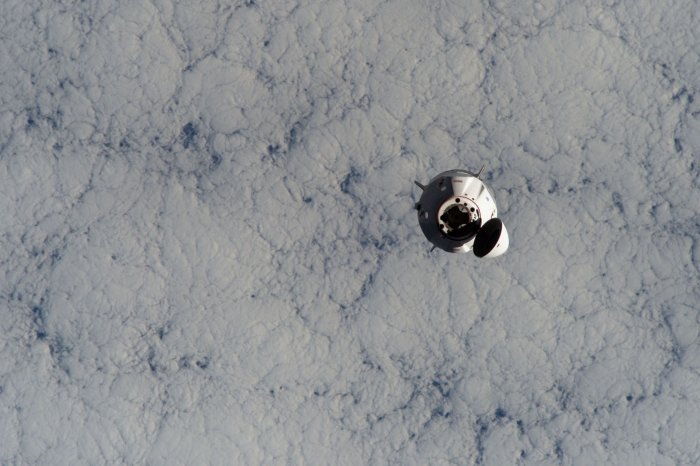