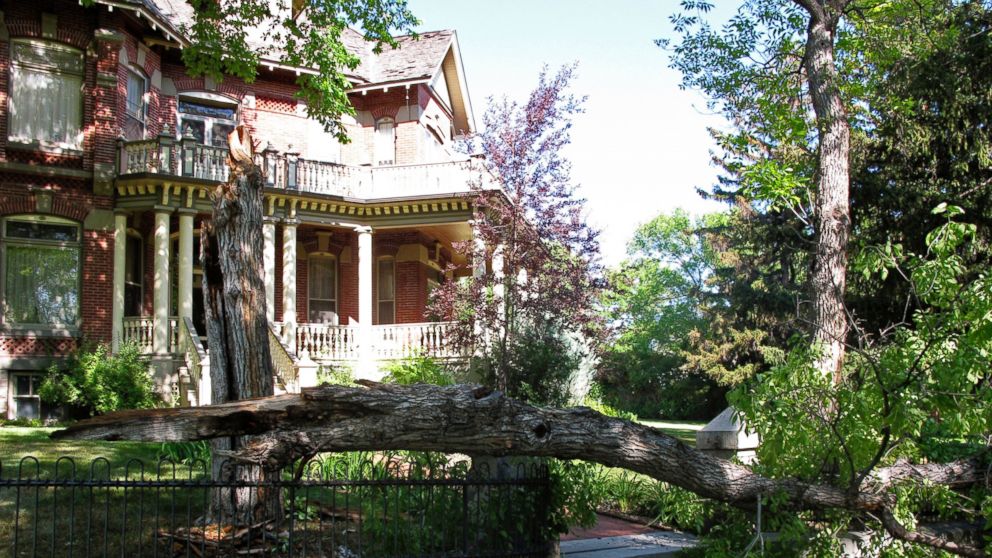 The strongest earthquake to hit Montana in more than half a century sent bartenders jumping over bars, food falling off grocery store shelves and woke up residents and dogs.

There were no immediate reports of injuries or serious damage from the magnitude-5.8 earthquake that hit early Thursday, but the eight patrons at the Wilderness Bar in Lincoln headed for the doors as stools and glass bottles started falling over.

“I just jumped over the bar and pretty much landed in a guy’s lap,” bartender Sheri Deluca told the Great Falls Tribune.

At the nearby Wheel Inn Tavern, bartender Lisa Large said the power went out and bottles flew off the shelves.

“It slopped all the grease outta the fryer,” she told the Missoulian. “The kitchen’s a mess right now.”

Food was knocked off grocery store shelves in Lincoln and Helena.

Mike Stickney, a seismologist at the Earthquake Studies Office with the Montana Bureau of Mines and Geology in Butte, said the quake was probably the strongest in Montana since October 1964 and was located along the axis of the intermountain seismic belt.

Stickney does not believe the quake was seismically linked to the recent swarm of more than 1,100 smaller earthquakes in and around Yellowstone National Park over the past two weeks.

The initial earthquake’s epicenter was about 6 miles (10 kilometers) southeast of Lincoln, according to the U.S. Geological Survey. A magnitude 4.9 quake rattled the same general area about five minutes later.

The USGS noted seven other quakes ranging from magnitude 3.5 to 4.4 in the area over the next four hours. Three others followed, with the most recent being a magnitude 3.7 quake at 9:27 a.m.

The USGS received reports of people feeling the initial earthquake throughout Montana and into Idaho, Washington, Wyoming and Canada.

Ray Anderson, 76, told The Associated Press that it was the strongest seismic activity he had ever felt while living in Helena, which is about 34 miles (54 kilometers) away from the quake’s epicenter.

He said his wife told him the temblor woke up the dogs.

Musician John Mayer, a part-time Bozeman resident, took to Twitter to marvel at the event.

There have been more than 70 quakes measuring larger than 4.5 in Montana and parts of Wyoming and Idaho since 1925, according to the USGS. The largest quake in Montana history was magnitude 7.2 near West Yellowstone in 1959.