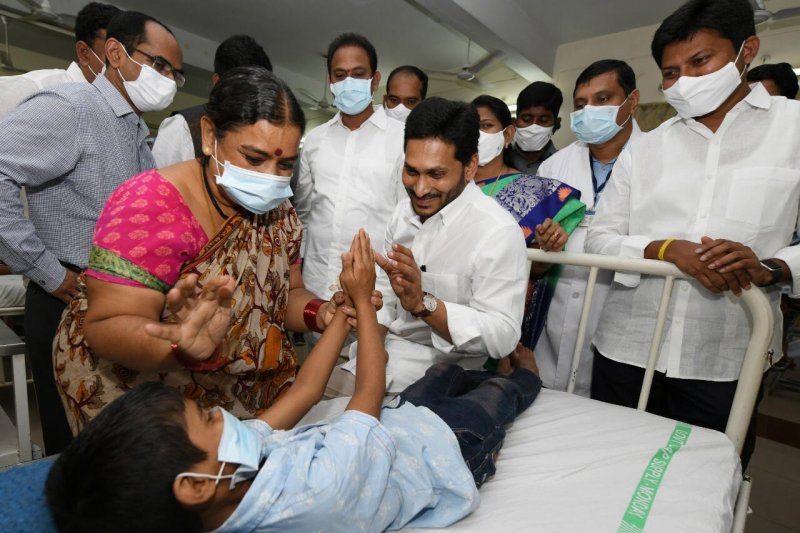 Dec. 7 (UPI) — A mysterious illness in India has killed one man and sickened over 300 people since Saturday.

The cause of the illness spreading in Eluru town in Andhra Pradesh’s West Godavari district has yet to be identified, but symptoms reported since Saturday night have included giddiness and epilepsy.

A 45-year-old man, identified as Sridhar from Vidyanagar area of Eluru town, who experienced epilepsy and giddiness symptoms and was admitted to a local hospital, according to his family, died Sunday.

Police have ordered an autopsy report.

The hospital discharged nearly 200 patients after treatment and a medical team collected blood samples from the patients for examination.

The illness was initially suspected to be caused from water contamination, but the government claimed water samples from 22 potentially impacted areas showed no signs of contamination and no viral infections were detected after blood tests.

The opposition Telugu Desam Party has blamed the government for the illness. TDP President N Chandrababu Naidu said the illness broke out in an area that has lacked protected drinking water for the last 18 months.

Naidu also demanded a complete inquiry into the outbreak and Eluru declaration of health emergency.

Officials said National Institute of Nutrition in Hyderabad scientists would be assessing the situation Monday.

So far, health authorities have been unable to establish cause through blood tests and brain scans, but culture test results and e-coli results are still pending.

BJP MP G.V.L. Narasimha Rao said that poisonous organochlorine substances could be the most likely cause of the disease after talking with experts.