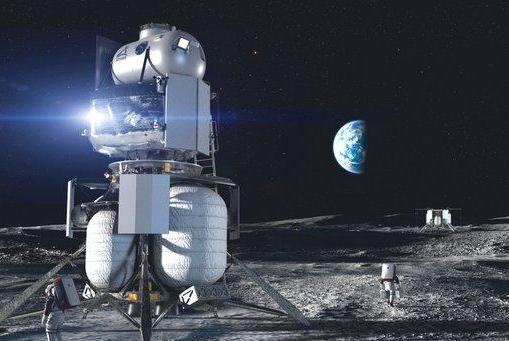 Artemis is a mission to land the first woman and next man on the surface of the moon by 2024. The total combined value for all awarded contracts is $ 967 million for the 10-month base period.

“This is the first time since the Apollo era that NASA has direct funding for a human landing system, and now we have companies on contract to do the work for the Artemis program,” NASA Administrator Jim Bridenstine said.

According to NASA, Blue Origin of Kent, Wash., will develop a three-stage lander to be launched on its own New Glenn rocket and the United Launch Alliance Vulcan rocket. Both rockets are being developed.

Blue Origin, founded by Jeff Bezos, will work with Lockheed Martin, Northrop Grumman and Draper on the lander.

Dynetics’ lander will provide ascent and descent capabilities and also is planned to be launched on the Vulcan. Dynetics is a tech and engineering firm and a subsidiary of Leidos.

Elon Musk‘s SpaceX, based in Hawthorne, Calif., is developing the Starship, a fully integrated lander intended for launch on the Starship Super Heavy rocket.

Boeing, which had proposed a lander to be launched on NASA’s Space Launch System rocket, was not selected for the mission. Boeing builds the Starliner capsule that is still being tested and certified for crewed flights to the International Space Station.

“We now have the opportunity to make Artemis as inspirational as Apollo was,” Blue Origin CEO Bob Smith said. “This is the kind of thing that’s so ambitious that it needs to be done with partners. That’s the only way you can get back to the moon fast.”

Bridenstine said Thursday that initial moon landings can occur without NASA’s planned lunar gateway, a fueling station and habitat that would orbit the moon. The gateway is being developed.