ORLANDO, Fla., Aug. 23 (UPI) — NASA is facing new criticism over a recent agency watchdog report that disclosed spacesuit development is so far behind schedule that a return to the moon would be delayed beyond a 2024 target.

“I almost certainly think we have to schedule a hearing before the end of the year,” said Beyer, who chairs the House Space and Aeronautics Subcommittee.

“We already spent $ 420 million, and we don’t know where we’re going. We need to really make sure [Congress] is providing the oversight and the accountability necessary.”

The report from the NASA Office of Inspector General, released Aug. 10, said delays due to the coronavirus pandemic, technical issues and lack of congressional funding would make an astronaut moon landing by 2024 impossible.

“I was pretty disappointed in what the inspector general discovered,” Beyer said. “I don’t know where blame lies, but clearly we have a lot of ground to make up.”

He said the pandemic and funding shortfalls explain only part of the problem.

“It seems like the biggest challenge has been not understanding the nature of the engineering task ahead and, therefore, sometimes chasing down blind alleys,” Beyer said.

U.S. Rep. Bill Posey, R-Fla., also expressed concern over the spacesuit report, and said a congressional hearing would provide a forum for NASA to further explain the problems.

“”This raises important issues about how challenging these deep space exploration missions will be,” Posey, also a member of the subcommittee, said in an emailed statement. “NASA needs to provide their leadership to create astronaut gear that is cost effective, safe and mission specific.”

NASA showed a prototype of a new lunar spacesuit in 2019 during a press conference in Washington, D.C., which featured a female spacesuit designer wearing it. At the time, the agency said the design represented what astronauts would wear on upcoming Artemis lunar missions.

But NASA canceled that spacesuit program this year because it didn’t meet the needs of expanding goals for missions to the moon and Mars, and issued a new request for information from potential spacesuit contractors July 27. Such requests are characterized as a hunt for possible solutions.

The Inspector General’s office said in its report that the new request broadened the scope of spacesuit design so much that contractors could respond with suits that would only be usable at the International Space Station and not on the moon, or vice versa, which “may not prove cost effective.”

In response, NASA agreed to revise a preliminary request for proposals to ensure the design could be used on diverse missions.

A Delaware-based company, ILC Dover, a contractor on every spacesuit since the Apollo era one-half century ago, delivered the prototype that NASA showcased at the 2019 press conference, said Dan Klopp, director of business development for the company’s space systems division.

After that, NASA decided to work on the prototype internally, “against our advice,” until this spring, Klopp said.

“NASA engineers … ran into many issues, not the least of which is lack of spacesuit engineering expertise,” he said.

Although NASA managed to get a woman into the suit for the press conference, that prototype wasn’t designed to fit as many body types as NASA truly needs today, said Patty Stoll, president of space systems and engineered solutions at ILC Dover.

“Since then, ILC Dover has created a new suit, which we call Astro, that can fit up to 95% of male and female body shapes and sizes, so we are confident that’s something NASA wants,” Stoll said.

The company’s new Astro suit could be altered by astronauts in space, eliminating a costly delay NASA sometimes encounters when it must send new space suits into orbit to accommodate unique astronaut body shapes and sizes, she said.

The new design is made more complex due to NASA’s current plan to stay at the International Space Station through 2030, go to the moon by 2024 and possibly send astronauts to Mars in the 2030s, she said.

“With the spacesuit at the space station, you don’t have a lot of mobility in the lower torso area, because it’s not needed as much for spacewalks,” Stoll said. “But if you’re walking on the moon, or Mars, you’re going to be bouncing around a bit and performing tasks where you’ll want to bend down.”

ILC Dover is one of dozens of contractors who have expressed interest in the new spacesuit development program. Others are SpaceX, Blue Origin, Collins Aerospace, Honeywell Aerospace, Raytheon and Sierra Space, according to federal contracting records.

“These spacesuits have seen very little improvement since the 1970s,” he said. “They were supposed to be updated in the 1990s, but that never happened at the time, and now we have been dragging this problem along for 30 years.”

One cause for hope going forward is that 3D printing may speed the ability to manufacture spacesuits, de León said.

Another major challenge has been to reduce the mass or weight of new spacesuits for the moon or Mars, both of which have gravity, said Brad Holschuh, assistant professor and co-director of the Wearable Technology Lab at University of Minnesota.

“The suit is both a life support system and a mobility system, but often those requirements conflict with each other. For example, the suit must be pressurized with oxygen … but that stiffens the suit materials, which impedes mobility,” Holschuh said.

NASA’s spending on spacesuit development over the past 14 years has been crucial to the industry’s innovations, many of which will be incorporated into the new suits, NASA public affairs officer Sandra Jones said in an email.

“Astronaut safety is a priority, and the agency is balancing technical and scheduling risks to ensure the successful development of the next-generation spacesuit and implementation of Artemis within the current budgetary restraints,” Jones wrote.

NASA plans to publish the new, final request for proposals on spacesuits sometime this fall. 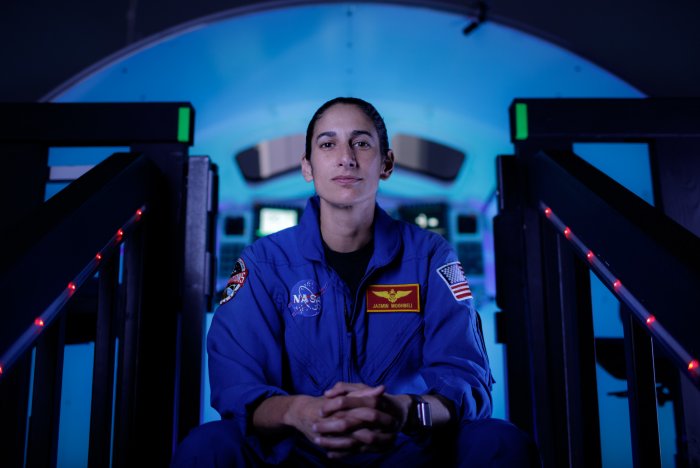