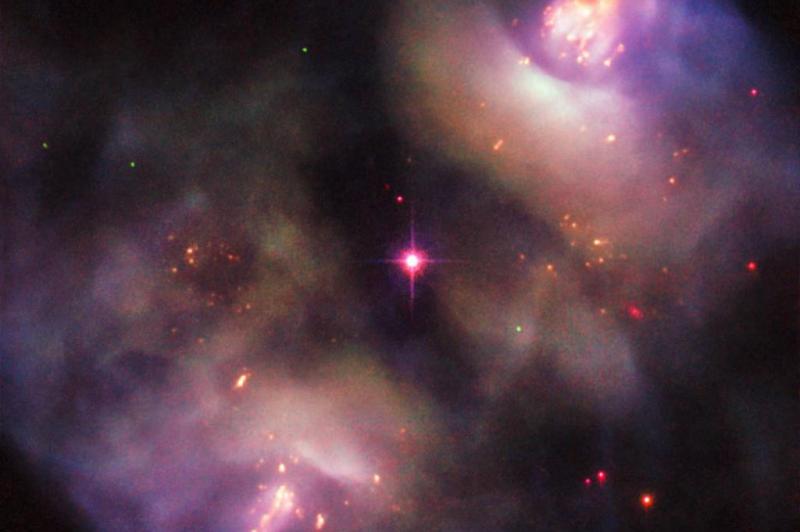 Aug. 23 (UPI) — NASA and the European Space Agency on Friday released an image of a dying star that the agencies said confounded astronomers when they first studied it.

The NASA/ESA Hubble Space Telescope image released this week was thought to be a picture of two separate objects, when in fact the objects are one star that has separated into two lobes.

While they were recorded by astronomers as separate planetary bodies — NGC 2371 and NGC 2372 — the two lobes form something called a planetary nebula.

The nebula NGC 2371/2 formed when a star started to die, pushing its outer layers out into space, leaving a stellar remnant behind. In the picture, the two lobes of material can be seen in the upper right and lower left corners, with the superheated stellar remnant roughly equidistant between them.

Scientists at ESA say the star’s remnants will continue to change over the next several thousand years, with the lobes eventually dissipating and the remnant cooling to become a white dwarf star.