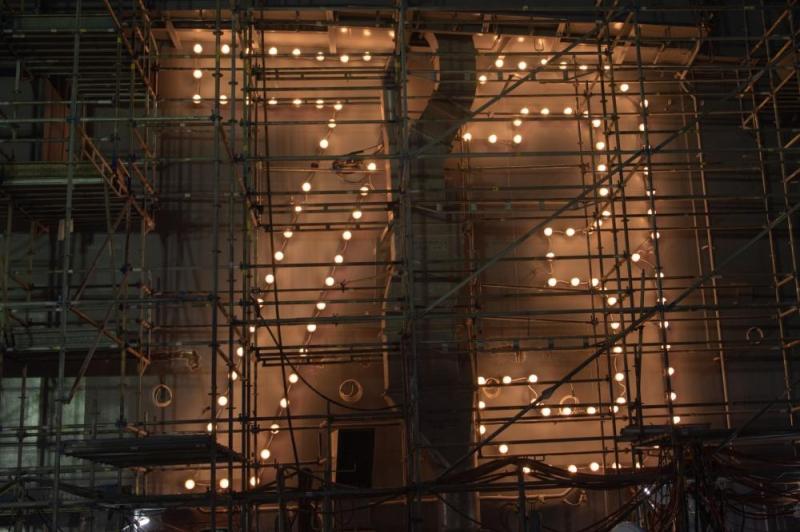 HII said Friday the vessel is undergoing final outfitting and testing, and its refueling and complex overhaul is 70 percent complete.

The Nimitz-class aircraft carrier began the overhaul in 2017, a process that has included the overhaul and upgrade of the ship’s combat systems and other warfighting capabilities.

At this week’s ceremony, 244 lightbulbs on the port and starboard sides of the carrier were turned on to illuminate the number “73” — the ship’s carrier number — which hasn’t been illuminated since the overhaul began.

“We’re proud of the progress being made on George Washington,” Todd West, the ship’s program director for Newport News, said in a press release. “This is a significant milestone in the ship’s overhaul that brings us closer to delivering the ship to the fleet, where the hull lights will be one of the most recognizable and enduring symbols of our freedom for the next 25 years.”

The Washington is the sixth Nimitz-class aircraft to undergo a midlife refueling overhaul.

The overhaul is expected to be completed by August 2021.