Sierra Nevada already has seven NASA contracts to launch its Dream Chaser spaceplane, which is being developed to fly cargo to the International Space Station starting in 2022.

Now, the firm said it aims to have its own orbiting habitat in space before NASA retires the space station around 2028.

The company’s orbiting space station has no name yet, but it would consist of inflatable sections connected by hardware, said Janet Kavandi, a former astronaut and an executive vice president of Sierra Nevada, during the press conference at company facilities in Littleton, Colo.

“We plan to launch our vehicles to a platform with inflatable modules where both uncrewed and crewed vehicles take people and cargo … and then return safely to Earth,” Kavandi said.

The inflatable modules, called Large Inflatable Fabric Environment or LIFE, would be the size of a three-story building with sleeping quarters, a laboratory and space agriculture equipment to grow food, she said.

The firm plans to cater to companies that pursue space-based research or manufacturing, space tourists and even movie crews.

Kavandi said the International Space Station is a “wonderful vehicle” but it won’t last forever. Sierra Nevada actually is the second company to announce a commercial replacement for the ISS behind Houston-based Axiom Space.

“At some point, the ISS is just going to age out. It’s going to get stress cracks and things and won’t be safe enough to keep on orbit,” Kavandi said. “So, this is the answer, our commercial answer.”

Sierra Nevada didn’t disclose a cost for building the station. But it would be a small fraction of the more than $ 100 billion to build International Space Station, and would have more habitat space, said John Ross, Sierra Nevada’s vice president of development.

The company thinks “there’s a real urgency” for getting a commercial replacement for the International Space Station, Ross said. Sierra Nevada plans to seek NASA funding for the project and wants NASA to be a partner, he said.

NASA is calling for preliminary design reviews of potential orbiting stations by 2025, Ross said, but “we believe that we could get up there much quicker.”

Turkish-American business couple Eren and Fatih Ozmen are the founders and owners of Sierra Nevada Corp.

Fatih Ozmen said Wednesday that she is confident a spaceplane will be a popular option for space travel.

“Dream Chaser and its runway landing offer the scalable, preferred solution for humans and science,” said Ozmen, chairwoman of the firm. “It can land at any suitable runway around the world.” 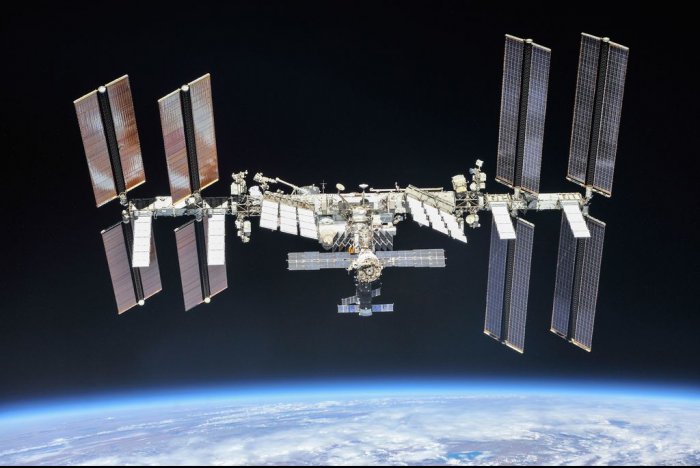