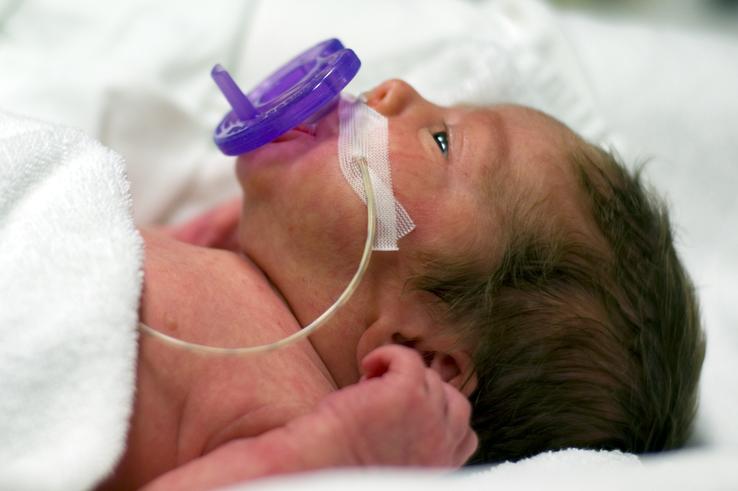 New research out of Cincinnati Children’s Hospital Medical Center, however, may help these infants — and their parents — breathe easier.

In an article published Tuesday in the journal Immunology, researchers for the first time describe a complex biological process that, in the lungs of premature babies, stimulates production of Type 3 innate lymphoid cells in air sacs called alveolar.

“We hope that our insights can be used to develop newer therapies for the protection and repair of the damaged premature lungs,” study co-author Hitesh Deshmukh, a neurologist at Cincinnati Children’s, told UPI.

Premature birth and its complications remain a major challenge as the largest contributors to global infant death, according to the March of Dimes. In 2018, one in 10 babies born in the United States was premature — and the numbers are growing.

Many premature infants are born without Type 3 innate lymphoid cells, so their lungs cannot mount an effective immune defense against infections like pneumonia, which kills one million babies worldwide annually.

The research performed by Deshmukh and his colleagues reveals that these cells are produced through a process involving “beneficial” bacteria in the intestines, the maturation of lung tissues and the growth of immune cells.

This is called the gut-lung axis, and it occurs during an early and critical development stage — one that may be missed or cut short if the baby is born prematurely.

In baby mice, the researchers documented that commensal bacteria from the gut stimulate the production of Type 3 innate lymphoid cells with the help of a hormone called insulin-like growth factor 1, or IGF1. IGF1 fosters the growth and maturation of these early pulmonary innate lymphoid cells, according to the authors.

When researchers deleted pulmonary IGF1, they interrupted the development of Type 3 innate lymphoid cells. As a result, the mice were susceptible to lung infections and pneumonia. The finding was confirmed by analyzing the underdeveloped lungs of premature baby mice, as well as donated lung tissues from premature human infants.

“We used newborn mice at roughly the same age as prematurely born human neonates to model the clinical situation encountered by our youngest and most premature babies,” Deshmukh said. “We also confirmed the relevant findings, for instance the numbers of lung protective innate lymphoid cells in preterm infants.”

In future research, Deshmukh and his colleagues will attempt to see if they can control this newly discovered process to stimulate production of Type 3 innate lymphoid cells in developing lungs. The goal, he said, will be to produce stronger respiratory tracts through the administration of beneficial gut bacteria and pulmonary IGF1.

Deshmukh said use of commensal bacteria and the IGF1 hormone are already both being tested in humans for other medical conditions.

“We are now working on techniques to increase the numbers of protective lymphoid cells in a more relevant model of non-human primates,” he added. “We hope that conclusion of those studies could lead to limited clinical studies in humans soon.”