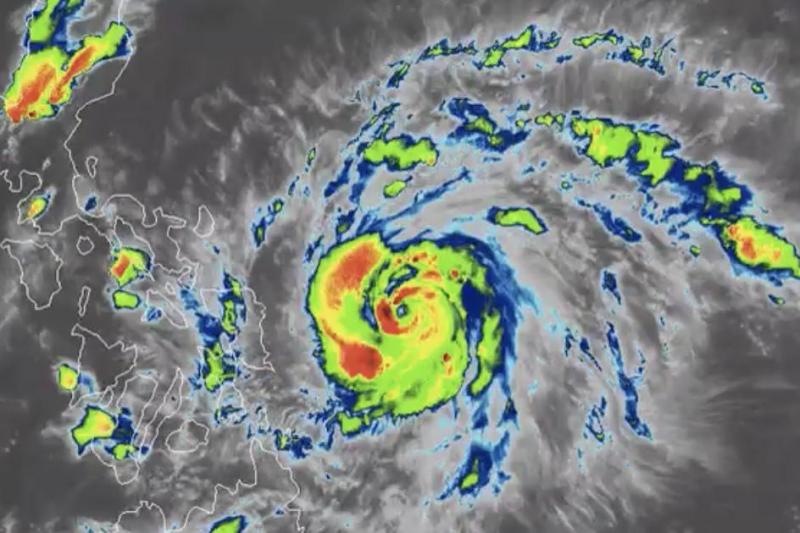 May 13 (UPI) — As Typhoon Ambo continues to strengthen, AccuWeather meteorologists forecast that the Philippines will take a direct hit from the destructive tropical system.

The powerful storm, also referred to as Vongfong by Japan Meteorological Agency, has been slowly approaching the eastern islands of the Philippines for days.

In preparation of the storm, towns forecast to be in the path of the typhoon have began to issue evacuations and distribution of relief packages. A total of 515 families were evacuated from the towns of Maninila, Tandarora and Muladbucad Grande, all in the Albay area between the cities of Naga and Legazpi City.

Given the continuation of the global COVID-19 pandemic, evacuees were required to wear face masks.Now with sustained winds of 80 mph, Ambo is equivalent to a Category 1 hurricane in the Atlantic and East Pacific basins.

As Ambo nears the Philippines, outer rain bands may continue to batter eastern locations, like Samar Island, although the brunt of the storm will wait until Thursday morning

The brunt of the storm will reach the island with typhoon-strength winds and heavy rainfall during that time.

AccuWeather senior meteorologist Dave Houk expects Ambo to continue to strengthen into Friday. But, the exact track that Ambo takes will ultimately influence how strong the system and its winds can become.

“The mountains on each of the islands have the potential to rip Ambo apart and weaken it considerably. The longer Ambo remains over water, the stronger it can get,” Houk added.

While several landfalls are possible, each one that Ambo makes will increase the chances that the storm will weaken.

However, if landfalls and land interaction are minimized, sustained winds of up to 100 mph are possible with wind gusts near an AccuWeather Local StormMax of 125 mph.

The most likely track, at this time, keeps the center of Ambo off the coast of Luzon through early Saturday, which may allow it to hold onto its identity as a typhoon a little longer.

“There will be a lot of moisture associated with this system, which will help to create a wide swath of heavy rain across the central and northern Philippines through the weekend,” Houk said.

As much as 2 inches to 4 inches is possible as far south as Cebu and all the way up to Manila.

Heavy tropical downpours throughout the second half of the week can increase the risk of flooding and mudslides across the area.

The heaviest rain is likely to follow the center of the storm and extend just to the east, as moisture is pulled in from the warm Philippine Sea. It is in this region that the AccuWeather Local StormMax of 12 inches is most likely.

The steadiest downpours are expected to remain north and east of Manila, but should Ambo wobble once moving into Luzon, some heavier downpours may reach the suburbs as well as Quezon City and Caloocan.

Even as Ambo loses wind strength at the end of the weekend and moves off to the north of the Philippines, other land areas could be impacted. While most of the rain is likely to remain east of Taiwan, the southernmost islands of Japan may experience gusty winds and flooding downpours.

Forecasters began monitoring a tropical low over the southern Philippine Sea over the weekend, when it brought heavy rain and thunderstorms to Palau.

Late in the day on Sunday, the low developed into a tropical depression and was given the name Ambo by the Philippine Atmospheric, Geophysical and Astronomical Services Administration. The system was upgraded to a tropical storm on Tuesday then to a severe tropical storm on Wednesday. Ambo because the first named tropical system in the Northern Pacific Ocean of 2020.