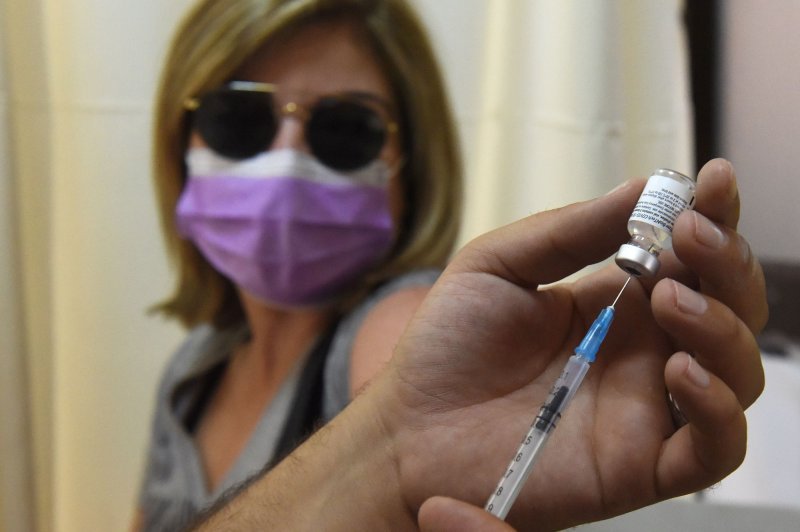 Aug. 23 (UPI) — The COVID-19 pandemic may be the deadliest viral outbreak since the Spanish flu in 1918-19, but these events may not be as rare as previously thought, according to an analysis published Monday by the Proceedings of the National Academy of Sciences.

The assessment of new disease outbreaks over the past 400 years found that the probability of a pandemic with similar impact to COVID-19 in a given year is about 2%, the data showed.

This means that a person born in 2000 had about a 38% chance of experiencing a major outbreak by now, the researchers said.

That probability is only growing, highlighting the need to adjust perceptions of pandemic risks and expectations for preparedness, they said.

“The most important takeaway [of our study] is that large pandemics like COVID-19 and the Spanish flu are relatively likely,” study co-author William Pan said in a press release.

Understanding that pandemics aren’t so rare should raise the priority of efforts to prevent and control them in the future, said Pan, an associate professor of global environmental health at Duke University in Durham, N.C.

For this study, Pan and his colleagues, led by Marco Marani of the University of Padua in Italy, used new statistical methods to measure the scale and frequency of disease outbreaks for which there was no immediate medical intervention.

Their analysis covered the plague, smallpox, cholera, typhus and various influenza viruses and found considerable variability in the rate at which pandemics have occurred in the past, they said.

However, they also identified patterns that allowed them to describe the probabilities of similar-scale events happening again in the future, according to the researchers.

For example, in the case of the deadliest pandemic in modern history, the Spanish flu, which killed more than 30 million people between 1918 and 1920, the probability of an event of similar magnitude occurring ranged from 0.3% to 1.9% per year over the 400 years studied.

Those figures may seem small, but they suggest that it is statistically likely that a pandemic of such extreme scale would occur within the next 400 years, the researchers said.

Based on the increasing rate at which new viruses such as COVID-19 have broken loose in human populations over the past 50 years, the probability of new disease outbreaks will likely grow three-fold in the next few decades, they said.

This means that a pandemic similar in scale to COVID-19 is likely within the next 59 years, with the risk for another outbreak the same for each of those ensuing years, according to the researchers.

“When a 100-year flood occurs today, one may erroneously presume that one can afford to wait another 100 years before experiencing another such event,” study co-author Gabriel Katul said in a press release.

“This impression is false — one can get another 100-year flood the next year,” said Katul, a professor of hydrology and micrometeorology at Duke.

Outbreaks may be becoming more frequent due to population growth, changes in food systems, environmental degradation and more frequent contact between humans and disease-harboring animals, according to Pan.

He and his colleagues said they hope their findings will spark deeper exploration of the factors that may be making devastating pandemics more likely and how to counteract them.

“[Our findings] point to the importance of early response to disease outbreaks and building capacity for pandemic surveillance at the local and global scales,” Pan said.

They also highlight the need “for setting a research agenda for understanding why large outbreaks are becoming more common,” he said.