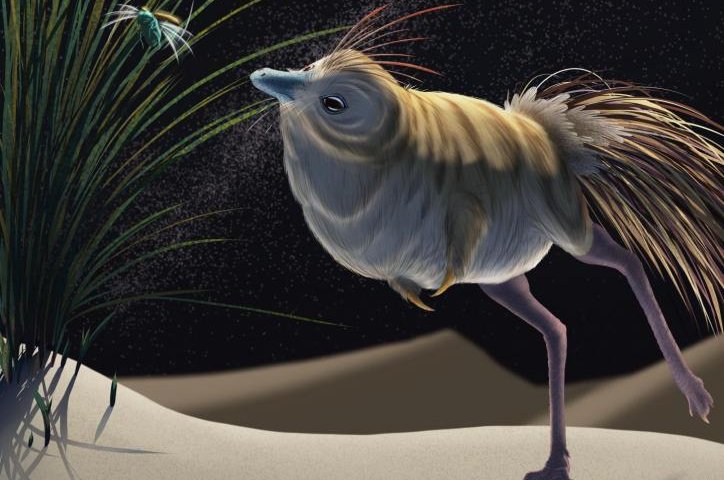 May 6 (UPI) — New research suggests a small bird-like dinosaur’s exacting night vision and owl-like hearing allowed it to track down prey in the black of night.

Nocturnal hunting is relatively rare among predators, as it requires specialized sensory abilities — many of the best night-hunters are birds, including owls, nightjars, nighthawks and more.

Because modern birds are the closest living relatives of the dinosaurs, scientists have previously surmised that the night-hunting capabilities of owls and other nocturnal birds might be inherited from their theropod ancestors.

To investigate the possibility, scientists used detailed CT scans to compare the anatomical features of the eyes and inner ears of nearly 100 living bird and extinct dinosaur species.

They shared the results of the analysis in a new paper, published Thursday in the journal Science.

In the ears, researchers compared the length of the lagena, the duct responsible for receiving incoming sound information. Among birds, the barn owl, one of the most adept predators of the night, boasts the longest lagena relative to body size.

In the eyes, researchers focused on the size of the scleral ring, the bone or series of bones that surround the pupil and support the eyeball.

Larger scleral rings correspond with larger pupils. The wider a pupil can open, the more light it can let in. Animals with especially wide pupils can see better in the black of night.

The survey of dinosaur fossils showed Tyrannosaurus and Dromaeosaurus enjoyed powerful hearing, however, the shape and size of their eyes suggested the vision of carnivorous theropods was best suited for daytime.

However, researchers found the lagena and scleral ring of a small theropod named Shuvuuia, member of a group of long-legged dinosaurs called alvarezsaurs, were most similar to those of the barn owl.

“As I was digitally reconstructing the Shuvuuia skull, I couldn’t believe the lagena size … I called Prof. Choiniere to have a look,” joint first author James Neenan said in a news release.

“We both thought it might be a mistake, so I processed the other ear — only then did we realize what a cool discovery we had on our hands!” said Neenan, a researcher with the Oxford University Museum of Natural History.

“I couldn’t believe what I was seeing when I got there — dinosaur ears weren’t supposed to look like that!” said first author Jonah Choiniere, a professor of comparative palaeobiology at the University of the Witwatersrand in South Africa.

Shuvuuia populated the Mongolian desert during the Cretaceous Period. The chicken-sized theropod featured a slender head, short feathers, stubby arms and long, roadrunner-like legs that were optimized for digging.

Scientists suspect Shuvuuia rooted out small mammals and insects from their burrows before chasing them down in the black of night.

“Nocturnal activity, digging ability, and long hind limbs are all features of animals that live in deserts today,” said Choiniere, “but it’s surprising to see them all combined in a single dinosaur species that lived more than 65 million years ago.”