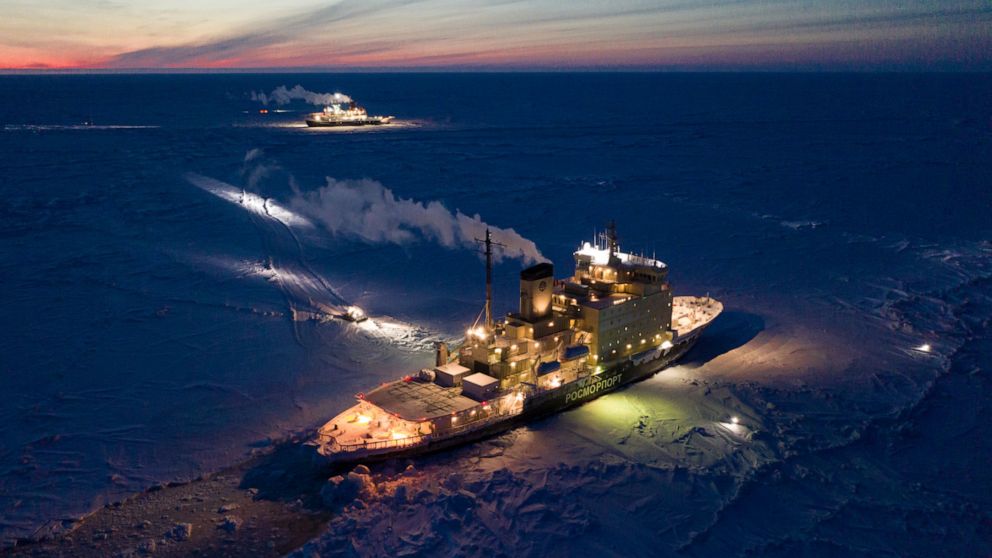 BERLIN — Organizers of a year-long international Arctic science expedition say they have found a way to keep going despite difficulties caused by the pandemic lockdown, but it will require a three-week break in the mission.

Germany’s Alfred Wegener Institute for Polar and Ocean Research said Friday that the expedition ship RV Polarstern will leave its position in the high Arctic, breaking through the surrounding sea ice to rendezvous with two German vessels bringing fresh supplies and crew.

The maneuver is necessary because travel restrictions imposed to prevent the spread of the new coronavirus make a planned resupply by plane and ship from Norway impossible.

Expedition leader Markus Rex told The Associated Press that the lockdown could have scuttled the remainder of the mission.

“For a long time it was on a knife edge and there was even a possibility that the expedition might have to be broken off,” he said.

The 140-million-euro ($ 158 million) expedition set out last September with 100 scientists and crew from 17 nations on board. Its goal is to study the impact of global warming on the Arctic and improve scientific models used to forecast how the climate will change worldwide.

Rex said expedition members will have to pause numerous scientific measurements during the three-week supply run, but that this was preferable to abandoning the mission entirely.

“In view of the massive challenge caused by the global pandemic we’re very glad that we can do this,” he said, adding that the expedition should be able to continue until October as planned.

Seven team members were flown out Wednesday using two Twin Otter aircraft from Canada, but the planes were too small to allow for the larger crew rotation and resupply required, Rex added.