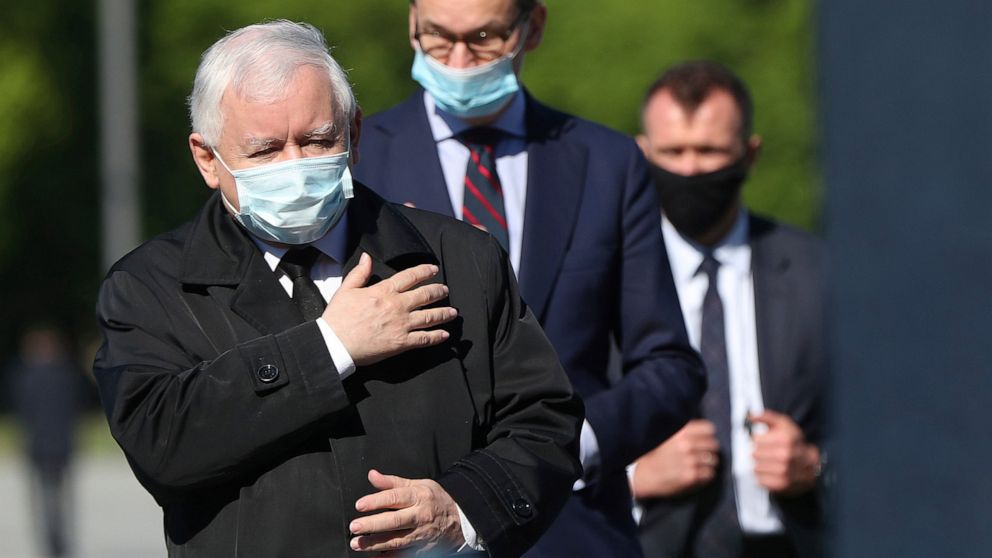 WARSAW, Poland — Poland’s top electoral body gave the speaker of parliament 14 days to set a new date for presidential elections that were to have been held Sunday but were suspended amid debate over how voting could be done during the novel coronavirus pandemic.

The election must be held within 60 days of this announcement, or by late July, according to the resolution by the State Electoral Commission. The conservative government had proposed an all-postal vote, but criticism of the plan and infighting complicated preparations and led to the postponement announced late Wednesday.

It was the first time in almost 31 years of Polish democracy that voting in line with the constitution, scheduled for Sunday, did not take place. The speaker of parliament now has two weeks to announce a new date.

In explaining the resolution, the head of the commission, Sylwester Marciniak, expressed hope for a “breakthrough” that would allow for presidential elections that will be “fully democratic, transparent and fair.”

The term of President Andrzej Duda expires Aug. 6, and Poland cannot afford not to have an elected president after that date, Marciniak said.

The electoral process has to be restarted and the candidates need to be registered again, he said.

He said the postponement of Sunday’s vote could be blamed on the COVID-19 pandemic and on the legislative process.

Earlier Sunday, in excerpts from an interview with a weekly newspaper, main ruling Law and Justice party leader Jaroslaw Kaczynski said Poland was “changing for the better” under the coalition government led by his party and two smaller parties. At the same time, Kaczynski said it was no secret the coalition was divided.

The three-party governing coalition has “quite a radical wing and a very moderate one, too. Friction between them is nothing new, I think,” said Kaczynski, who is Poland’s chief policymaker.

Poland’s Niezalezna.pl portal on Sunday quoted from the interview set to be published Wednesday by weekly newspaper Gazeta Polska.

One of the junior parties in the coalition wanted the election delayed and warned last week that it would vote against the legislation authorizing the postal vote. Under pressure, the ruling coalition said Wednesday the election would be declared void and new date set.

Duda is seeking reelection, with the support from Law and Justice. He leads opinion polls ahead of nine other candidates.

Leaders of the ruling coalition held at least one emergency meeting over the weekend, but a new date for the election has not been announced.

Left-wing leaders have called on all opposition parties to meet Wednesday to discuss options for holding the election.