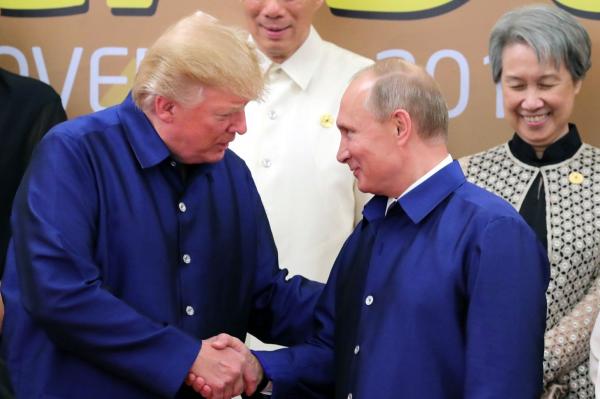 The law came in response to the U.S. Justice Department requiring RT, the state-owned TV network, to register as a foreign agent under the Foreign Agents Registration Act. Earlier this month, Putin called it an “attack on freedom of speech,” according to state-owned Sputnik.

Putin signed the new law after the Federation Council, the upper chamber of parliament, passed it 154-0 on Wednesday. On Nov. 15, members of the lower house State Duma approved the bill.

The law was published on Russia’s official legal information Internet portal on Saturday.

But Sputnik reported that classified media outlets “will have to publish a notice that their materials are provided by a foreign agent, report on their activities, submit information about the composition of their management and provide expense reports.”

“We cannot speculate at this time on the effect of the new law, since no news organization has yet been specifically named as a ‘foreign agent’ and the restrictions to be imposed on such ‘agents’ have not been announced,” RFE/RL President Thomas Kent said. “We remain committed to continuing our journalistic work, in the interests of providing accurate and objective news to our Russian-speaking audiences.”

Earlier this month, RFE/RL said the “situation regarding Russian media in the U.S. and U.S. media in Russia remains vastly unequal.”

“RT and Sputnik distribute freely in the U.S., whereas RFE/RL has lost its broadcast affiliates in Russia due to administrative pressures, and has no access to cable,” the organization said. “RFE/RL reporters are subject to harassment and even physical attack in Russia.”

Last week, the Executive Chairman of Alphabet, the parent company of Google, said the online search giant will make news articles from Russian-funded news sites difficult to find on its platform.

On Wednesday, Facebook announced it will introduce a new tool to show users any pages they’ve followed that are linked to Russian propaganda.

In October, Twitter said it would no longer accepting advertising from Sputnik and RT.

“When it comes down to a fight with no rules, when the law is twisted and turned into an instrument for the destruction of a TV company, every step against a Russian media outlet will be met with an corresponding response,” Russian Foreign Ministry spokeswoman Maria Zakharova said in September.