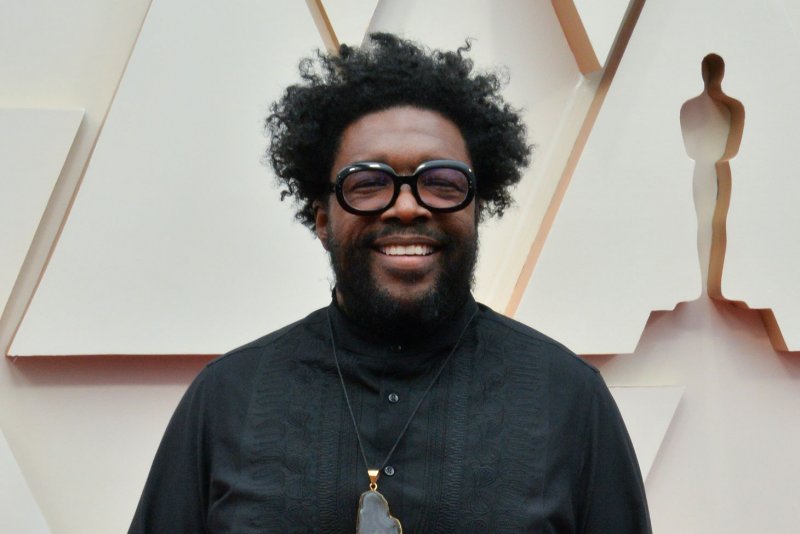 LOS ANGELES, Jan. 30 (UPI) — Ahmir “Questlove” Thompson made his directorial debut with the documentary Summer of Soul (… Or, When the Revolution Could Not Be Televised). Questlove compiled long lost footage of the 1969 Harlem Cultural Festival, a music festival from June 29 to Aug. 24 in New York City that nevertheless was overshadowed by Woodstock the same summer.

“I knew there were three goosebump moments I was looking for,” Questlove said in a Zoom Q&A following the premiere of Summer of Soul Thursday.

“For me, it was just an instant gift, Stevie Wonder doing a drum solo,” Questlove said. “I wanted something that just smacked you in the first five minutes.”

Questlove said he structured Summer of Soul the same way he designs a Roots show or DJ set. Those three “goosebump moments” provide a beginning, middle and end.

As a first time film director, Questlove wanted the film to reflect his musical style, too. He and editor Joshua L. Pearson worked with 45 hours of footage from four different camera angles that had been sitting in storage since 1969.

“I knew that we had to make a splash in terms of editing and getting a certain rhythm that made sense,” Questlove said. “I’m always thinking like a DJ.”

There were 300,000 people in attendance at the Harlem Cultural Festival. The City of New York and Maxwell House sponsored the event.

Some city officials featured in the film suggest that the festival was intended to prevent rioting in the volatile year following the Civil Rights movement. The assassination of Martin Luther King, Jr. occurred the prior year, and conflict remained between groups following King’s nonviolent methods and more aggressive protests.

The concert represented a positive, peaceful event that captured the attention of locals for the last month of the summer. Editing the film in 2020 during the protests against police violence drove home the importance of the Harlem Cultural Festival to Questlove.

“The very circumstances that caused that concert to be in the first place, the question of safety and civil unrest in the air, 50 years later, the same exact thing was happening,” Questlove said. “Unfortunately, the timing was perfect.”

Other acts featured in Summer of Soul include B.B. King, The 5th Dimension, The Temptations, Gladys Night & the Pips, Sly and the Family Stone and Moms Mabley. In addition to “goosebump moments,” Questlove also wanted to remind viewers how close this footage came to disappearing.

“All of this could have easily been discarded,” Questlove said. “Even with the things that we did find, they were momentarily about to be trashed almost.”

Even Questlove had not heard of the Harlem Cultural Festival when producers David Dinerstein and Robert Fyvolent visited him at The Tonight Show, where The Roots are the house band. He felt if a musician and historian like himself didn’t know about it, it was important to preserve the footage.

“Once they showed me rough footage, I sat there with my jaw dropped,” Questlove said. “How has this been forgotten? How has this not passed my radar?”

50 years after the festival, Questlove felt he was in a race against time. He found artists like Wonder and Staples to reflect on their performances. He also interviewed people who attended the festival.

“The sweet spot would be if someone was under the age of 20 [in 1969],” Questlove said. “Stevie Wonder had just turned 20 at the time. Musa [Jackson], who detailed awesomely about his first experiences with 5th Dimension, was five years old at the time.”

Twice during the Q&A, Questlove corrected himself when he said he was lucky or it was a miracle to complete Summer of Soul. Upon further reflection, he felt the film was inevitable.

“It’s also destiny that we pulled it off,” Questlove said. “This was meant to happen.”

A second screening of Summer of Soul is available through Tuesday at the Sundance Film Festival.