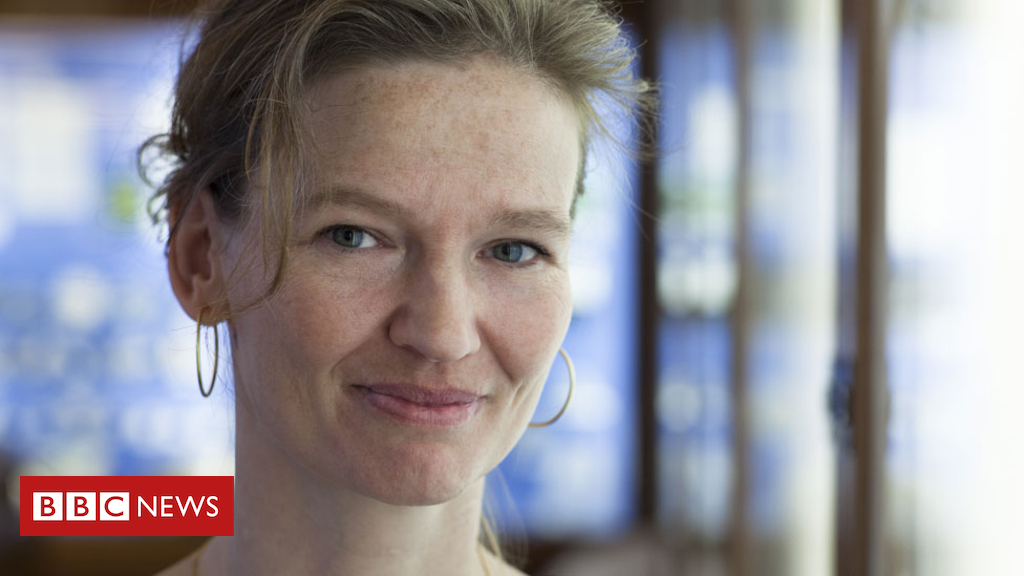 Imagine suddenly finding yourself in a world where you can’t speak, move or even breathe unaided.

Your heart stopped on the way to hospital, meaning you’ve briefly technically died, but they managed to keep you alive.

But now you have to, somehow, survive what comes next – being “locked” inside your own unresponsive body.

Your distraught family has been warned to prepare for your funeral (your husband decides on scattering your ashes in Cambridge, a place that has special memories for you both).

And your three children have to immediately take life-saving medication to stop them catching the same bacterial infection that’s trying to kill you.

That is the situation that befell scientist Rikke Schmidt Kjaergaard on New Year’s Day 2013 – in “the blink of an eye”, a phrase which has become the title of her memoir.

“It was within 12 hours of first feeling unwell that I went into a coma,” she says. “I had multiple organ failure, toxic shock, hundreds of blood clots. The odds were very, very poor.”

In fact, she was given just a 5% chance of surviving the bacterial meningitis.

Rikke – who is Danish, and lives in Copenhagen – went into a coma for 10 days and it was assumed she would suffer brain damage.

As she began to emerge from the coma, she found herself conscious but unable to use her body – a condition known as locked-in syndrome.

Rikke’s husband Peter was the first to realise that something was dangerously wrong.

She complained of feeling cold after a family walk and took to her bed – but then developed a fever and started vomiting.

“Peter realised something was wrong before I did,” she tells BBC News. “I was just trying to reason that it was just the flu.”

Peter adds, turning to his wife: “You were in no position whatsoever to figure out how ill you were.

“The last thing you said to me before going into a coma was, ‘Remember to cancel the appointment with the massage therapist.'”

There was no such appointment – Rikke’s words were a sign of her delirium. Her temperature had shot up from 35C to 42C in 15 minutes.

A doctor was called and prescribed flu medication. The next morning, Rikke couldn’t walk or even sit up unaided. Another GP headed to their house.

“If it had been 10 minutes later, we would not be sitting here today,” says Peter.

‘It was all black’

On the way to hospital, Rikke flatlined for 40 seconds.

“It’s a long time,” she says. “I have absolutely no memory of that. It was all black – it was nothing.”

“They were telling me I had to prepare to turn off her ventilator and to prepare for her funeral,” Peter says bluntly. “Everybody thought that was going to happen.”

He adds, with a smile: “But she’s a very stubborn woman. There was no way she was letting go of life.”

The title of the book has another meaning. While she was suffering from locked-in syndrome, she could only communicate for a time by blinking. One for no, two for yes.

Regaining consciousness, the full severity of Rikke’s situation came to her piece by piece, like a nightmare jigsaw puzzle.

“In time, I became more awake and more aware of what was going on,” she says. “That I couldn’t move and couldn’t speak and had to communicate by blinking. It was terrifying being locked in your body.”

Peter realised one day that Rikke had blinked when he asked if she could see him, and eventually a board was set up to help her communicate.

He says: “That was when we realised she was still there and responding. Knowing that we hadn’t lost her… it was one of the most beautiful moments of my life.”

“It was a huge relief finding out I could communicate,” she adds. “But at the same time, it was so difficult to get things across.”

Rikke says everything is blurred in her memory from that time – but one thing is clear.

“The only thing I do remember is that I needed to hear Peter’s voice, and see Peter,” she says. “When I saw him, or heard his voice, I was calm.

“He was my only lifeline.”

As for the greatest moment in her recovery, Rikke smiles as she says there have been “a lot of victories”, but says: “For me, it’s probably the first word. My children were there, Peter was there. It was just incredible.”

The word she chose to say? “Weird.”

It summed up her circumstances, as well as the fact that – as she says – she had to “learn everything again”.

“I had to learn to breathe, to swallow, to move,” she says.

And the most difficult thing? Rikke has no hesitation.

“Not being a mum and a wife,” she says. “Not being able to be there for the children or Peter. That was devastating.”

But about four months in, when she explained to a nurse how sad she felt to have not hugged her children for so long, she was told she could bring them into her bed.

She went on to make an almost complete recovery, although there are lasting repercussions of her illness – most of Rikke’s fingers had to be removed after being destroyed by gangrene and she is almost blind in one eye.

But she is a woman who survived the most difficult odds. Keen to give something back, she’s set up a company called Graphicure to help those with chronic illnesses keep control of their medical data.

She also hopes her book can become a valuable resource to help others with locked-in syndrome.

“Medical staff said they’d be so grateful if I could write this, to help explain and to make things better.”

Rikke says she is aware just how great a gift she has been given, and wants everyone to appreciate what they have.

“I want to give back with this book,” she says. “And just to live life, every day.”

The Blink of an Eye is published by Hodder & Stoughton.