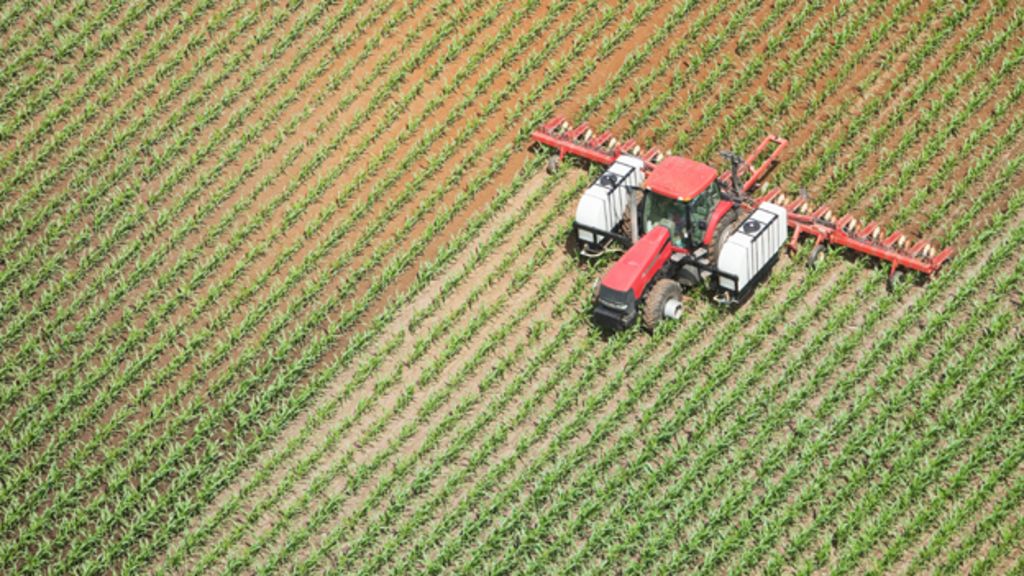 Huge quantities of nitrate chemicals from farm fertilisers are polluting the rocks beneath our feet, a study says.

Researchers at the British Geological Survey say it could have severe global-scale consequences for rivers, water supplies, human health and the economy.

They say the nitrate will be released from the rocks into rivers via springs.

That will cause toxic algal blooms and fish deaths, and will cost industry and consumers billions of pounds a year in extra water treatment.

In a paper in Nature Communications, the scientists from BGS and Lancaster University estimate that up to 180 million tonnes of nitrate are stored in rocks worldwide – perhaps twice the amount stored in soils.

They say this is the first global estimate of the amount of nitrate trapped between the soil layer and the water-bearing aquifers below. They warn that over time the nitrate will inevitably slowly seep into the aquifers.

Most nitrate, the team says, is in rocks in North America, China and Europe where fertiliser has been lavishly applied for decades.

In some developed countries, the amount of nitrate stored in the rocks is increasing, despite improvements in farming practice and the introduction of rules to control the pollutant.

In developing countries, the problem is currently not so severe. But there is an urgent need for early intervention to avoid the environmental damage experienced by rich countries.

Matthew Ascott, hydrogeologist at the BGS and lead author, said: “With big investments being made to reduce water pollution through changes in farming, it is vital that we understand what pollution is already in the environment.

“Water and the pollutant travels through the rocks below our feet very slowly. This and a history of intensive agriculture means that a large store of nitrate pollution has built up over time.

“When this pollution is released, it will continue to impact water quality for decades, in some cases, even where controls on fertiliser use have been put in place.”

This is what’s known as the nitrate timebomb.

The EU is trying to clamp down on careless application of nitrates but farmers say the fertilisers are vital for agricultural productivity.

The UK government has said all EU environmental laws will be brought into British law after Brexit. But a legal taskforce set up by the UK Environmental Law Association (UKELA) to examine the risks of Brexit identified nitrate pollution as an example of the protections that will be at risk when European laws are rolled over into domestic legislation in 2019.