August is the perfect month to dust off the telescope and point it to the cosmos as one of the biggest planets in the solar system shines brighter than any other time of the year.

Saturn has been visible for late-night stargazers for most of the year, but in August, the planet will be visible all night long, as long as it isn’t cloudy.

On Monday, Saturn will officially reach opposition, meaning that it will appear opposite of the sun from the perspective of the Earth. Saturn is at opposition once every year.

Around the same time of opposition, Saturn will make its closest approach to the Earth, although “close” is a relative term as more than 800 million miles will still separate the two planets. At this distance, it takes light more than one hour to travel from one planet to the other.

Despite opposition taking place on Monday, skywatchers will have great views of Saturn all month long.

This means that people can make plans to look for the planet at a time that is easiest for them and when AccuWeather meteorologists are predicting cloud-free conditions.

Since the opposition is around the time when the planet is closest to the Earth, it presents a golden opportunity to observe Saturn through the eyepiece of a telescope.

Saturn is bright enough to be seen with the naked eye, making it an easy target to find with a telescope, especially for those who are using a telescope for the first time.

Saturn will not be the only planet that will glow in the August sky.

Jupiter will rise shortly after Saturn every evening, following it as glides across the sky throughout the night.

Jupiter is the brighter of the two planets, so finding it may be easier. People that are having difficulties spotting Saturn can look for the brighter Jupiter first and then look off to the right to spot Saturn.

This is reminiscent of how the duo appeared in the summer sky in 2020, although last year Saturn was visible to the left of Jupiter.

Later in the month, Jupiter will reach opposition, making it another planet to zoom in on with the magnifying power of a telescope.

Saturn and Jupiter will remain prominent features in the night sky through much of the rest of 2021, although the pair will gradually become dimmer and dimmer throughout autumn and heading into winter. 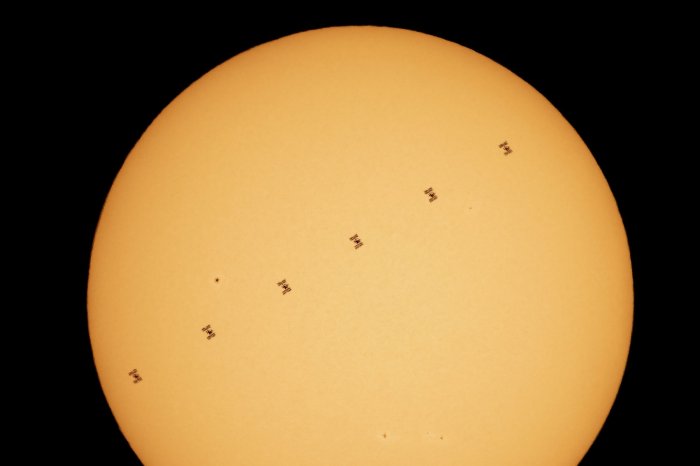