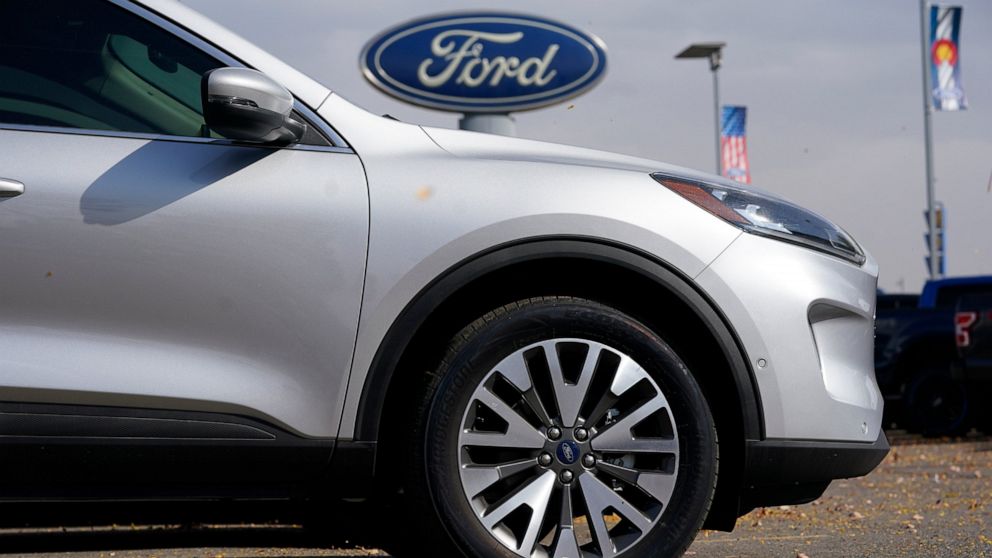 DETROIT — A widening global shortage of semiconductors for auto parts is forcing major auto companies to halt or slow vehicle production just as they were recovering from pandemic-related factory shutdowns.

Officials at Volkswagen, Ford, Fiat Chrysler, Toyota and Nissan all say they have been hit by the shortage and been forced to delay production of some models in order to keep other factories running.

“This is absolutely an industry issue,” Toyota spokesman Scott Vazin said in an email Friday. “We are evaluating the supply constraint of semiconductors and developing countermeasures to minimize the impact to production.”

If the chip shortage lasts, production cuts could reduce the inventory of cars, trucks and SUVs for sale in the U.S. and other markets. That comes at a time when the industry was just starting to replenish inventory lost when factories shut down last spring to stop the spread of novel coronavirus.

Toyota was forced to slow production of the full-size Tundra pickup at a factory in San Antonio, Texas. Ford had scheduled down time next week at its Louisville, Kentucky, assembly plant, but moved it ahead to this week. The plant makes the Ford Escape and Lincoln Corsair small SUVs.

Fiat Chrysler has temporarily car closed factories in Brampton, Ontario, and a small-SUV plant in Toluca, Mexico, while Volkswagen said in December it was facing production slowdowns due to the shortage. Nissan said it has had to adjust production in Japan but hasn’t seen a significant impact so far in the U.S.

Industry officials say semiconductor companies diverted production to consumer electronics during the worst of the COVID-19 slowdown in auto sales last spring. Global automakers were forced to close plants to prevent the spread of the virus. When automakers recovered, there weren’t enough chips.

“There have been warning signs about his for months,” said Kristin Dziczek, vice president of industry at the Center for Automotive Research, an industry think tank.

It takes six to nine months of lead time for the industry to get chips via a complex web of suppliers, Dziczek said. She said she hopes that some of the lead time had passed when the issues began surfacing several months ago, making this a short-term rather than long-term problem. “There’s still some coming through, just not the volumes that they thought there would be,” Dziczek said.

In many cases, automakers have stopped making slower-selling vehicles in order to divert the chips to hotter segments of the market, including pickup trucks and SUVs.

“This will minimize the impact of the current semiconductor shortage while ensuring we maintain production at our other North American plants,” Fiat Chrysler said in a statement.

The auto industry is using more semiconductors than ever before in new vehicles with electronic features such as Bluetooth connectivity and driver assist, navigation and hybrid electric systems. Semiconductors are typically silicon chips that perform control and memory functions in products ranging from computers and cellphones to vehicles and microwave ovens.