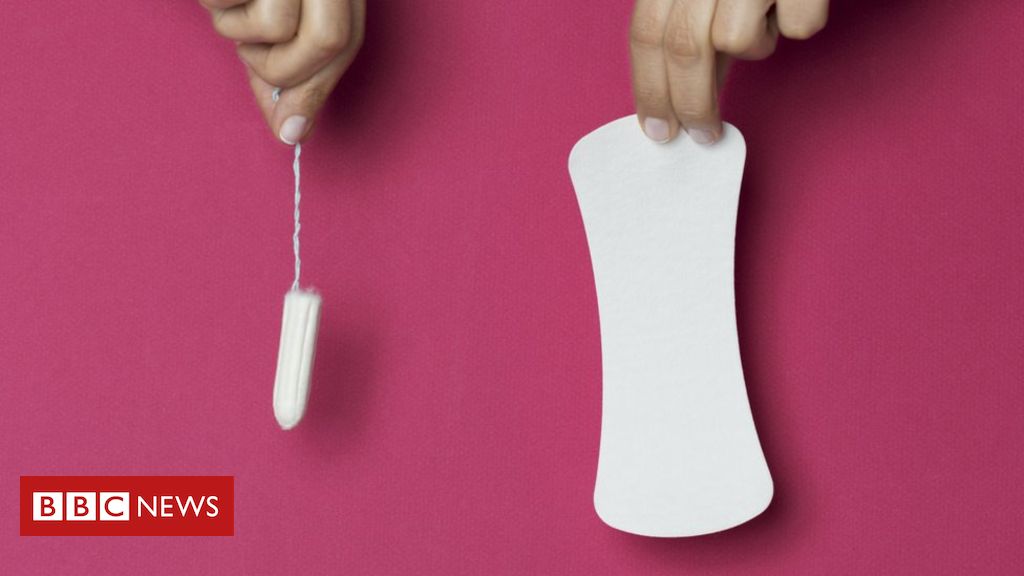 It will be compulsory to teach about periods at schools in England by 2020, which endometriosis sufferer Alice Smith calls “massive”.

The 23-year-old was diagnosed with the chronic condition at 14 and has been campaigning for menstrual health to be on the school curriculum.

Alice says the new guidelines mean girls will know “from a much younger age what is normal” and what isn’t when it comes to their periods.

Consent is also to be taught at school.

And children will learn about domestic violence, relationships and staying safe online.

“My experience at school would be very different now,” Alice says.

Endometriosis, which affects one in 10 women in the UK, is where tissue similar to the lining of the womb grows elsewhere in a woman’s body.

It causes chronic pain, fatigue, bowel and bladder problems, and can lead to infertility.

Alice first started having symptoms when she was 12, and was diagnosed with endometriosis two years later.

“For any other illness that would be a long time but unfortunately that’s a really quick diagnosis for endometriosis,” she says.

She says being in hospital on morphine every two weeks, whenever she ovulated and had her period, is the reason it was picked up early.

But things didn’t get any easier after the diagnosis.

“I went home and googled it and my world fell apart really.

“Reading that it was life-long and there’s no cure, and we don’t know what causes it. I was reading blogs by women who’d lost their jobs and their marriages had broken down because of it and they didn’t have kids and they were suicidal.

Alice calls it her “mission” to make sure young girls being diagnosed with the condition now don’t have to feel like that.

“It really isn’t the end of the world, it can get better and you should never ever give up with different doctors or trying different things.”

And she says periods being taught in school, to boys as well as girls, is a step towards that.

“That generation will have language in their vocabulary that we never had.

“They’ll know how to describe things that we never did and they’ll be talking about periods in school and the biology of it, and the science behind it, and endometriosis will be mentioned in the classroom,” she says.

Sex education has been compulsory in England since 2017, but there has been a public consultation about what should be on the curriculum.

All pupils will now learn about menstrual health and the menstrual cycle starting in primary school.

The curriculum will also be LGBT inclusive.

Alice says all she remembers learning about periods is watching a nurse put a tampon into a glass of water to show it expanding.

“We were all sort of crossing our legs,” she says.

She thinks that the new guidelines will create an “open” environment for kids to learn what is and isn’t normal.

“I probably would have gone to the doctor sooner and pushed harder because I wouldn’t have put up with such horrific periods just thinking that they were normal.

“Education plays a really important role in teaching young women how to talk about when their bodies aren’t functioning properly.”

‘Always more to do’

For Alice, there will “always be more” campaigning to do on endometriosis, but she says we’re “heading in the right direction” for more research to find out what causes it and find a cure.

On a personal level she says her body is “irreparably damaged” from endometriosis.

“I had it on my bowels, my bladder, and certain ligaments and so I’ve got chronic inflammation, and there’s no cure for that – those organs don’t really properly work.”

She says she’s in pain every single day and has just finished her second round of egg freezing because her fertility is low.

“The dream for me was to finish school, to go to university away from home, and also to get to a level where if you were to look at me and you were to know me, you wouldn’t know I was ill unless I told you.”

And she says while it’s been a long road and there will be a life of managing the condition: “I’m at that place now.”

Sex education guidance is currently open for consultation in Wales, while in Northern Ireland the Department of Education requires each school to have its own written policy on how it will address the delivery of relationship and sexuality education.

In Scotland, guidance on sex education was introduced in 2014 – although the curriculum is non-statutory and decisions about which topics are included in the curriculum is a matter for schools and local authorities to decide.

What were your experiences of sexual education in school? Could it have been improved? Email haveyoursay@bbc.co.uk.