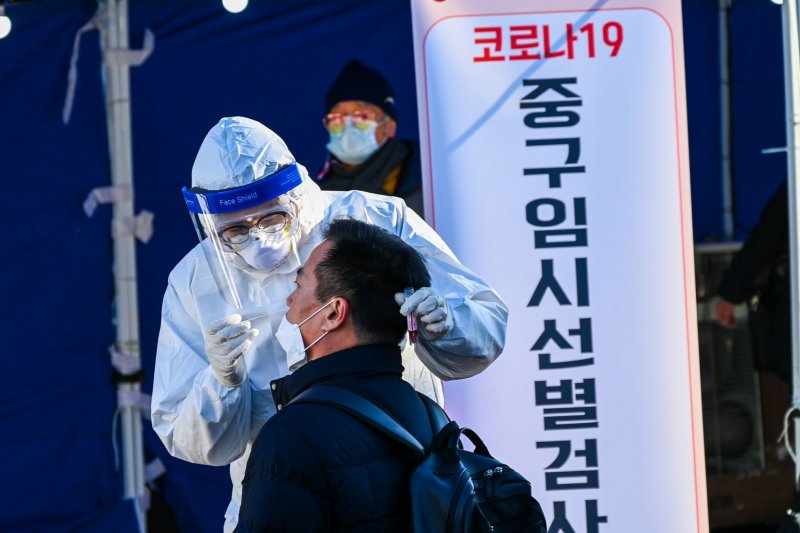 SEOUL, Dec. 16 (UPI) — South Korea saw its daily total of COVID-19 cases hit a record high on Wednesday, as health officials weigh raising distancing measures and scramble to secure more hospital beds amid an outbreak that shows no sign of slowing down.

Wednesday saw 1,078 new infections, the Korea Disease Control and Prevention Agency said, topping the previous high of 1,030 set on Sunday. The country also reported 12 fatalities, one day after reaching a record 13 deaths, while the number of seriously ill patients jumped by 21 to 226 overall.

Health officials said Wednesday that they were strongly considering raising social distancing guidelines from the current Level 2.5 in the Seoul metropolitan area to Level 3, the highest on its five-tier system.

“Level 3 is the last resort that we can take,” senior health ministry official Yoon Tae-ho said at a press briefing, and urged citizens to abide by the current regulations in an effort to slow the spread of the virus before new restrictions are imposed.

Moving to the more severe Level 3 guidelines “will incur great losses for the self-employed as well as small business owners,” Yoon cautioned.

He added that South Korea has been working to secure an additional 10,000 hospital beds for patients in the Seoul metropolitan region, where the majority of cases have been located, with 300 beds targeted for the critically ill.

Officials have been trying to stem the spread of new infections through expanded testing and tracing, opening 150 makeshift testing centers in the Seoul area this week. Around 1,000 additional soldiers were dispatched Wednesday to assist at the centers, the Army said.

Under Level 2.5 guidelines, gatherings of more than 50 people are prohibited and most businesses must close by 9 p.m. Cafes are restricted to take-out and delivery service only, while high-risk facilities such as indoor gyms and nightclubs have been forced to suspend operations.

A move to Level 3 restrictions would shut down schools, ban all gatherings of more than 10 people and allow only essential workers into in offices.