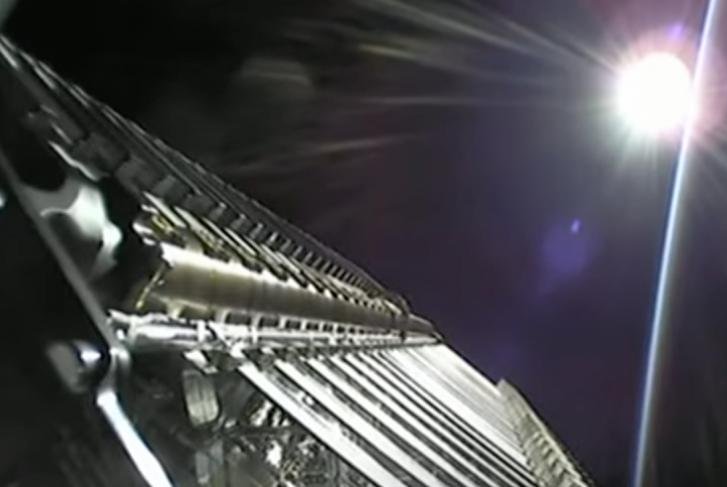 The rocket lifted off at 3:24 EST from the historic pad 39A of the Kennedy Space Center in Florida, with the mission to put 60 more Starlink satellites into low-Earth orbit as part of the plan to offer low-latency Internet worldwide.

Falcon 9’s first-stage booster also successfully landed on the drone ship Of Course I still Love You in the Atlantic Ocean on its return to Earth while stage two continued on its mission before deploying its batch of Starlink satellites into orbit.

The satellites will deploy solar rays and move into their operational positions over the next days and weeks.

Youmei Zhou, a SpaceX propulsion engineer, said it was their 75th successful retrieval of an orbital-class rocket and the eight retrieval for this particular booster.

Boosters, she said, can be reused 10 or more times with minimal refurbishment.

The retrieval comes after the first-stage booster from a launch earlier in February failed to land on the drone ship, seeming to crash into the Atlantic Ocean.

Thursday’s launch was originally scheduled for late January, but was delayed several times, most recently on Sunday when the mission was called off with less than a minute and a half before liftoff.

More than 1,000 Starlink satellites have been launched into low-Earth orbit, and Andy Tran, a productions supervisor with SpaceX, said Thursday’s launch was the 20th Starlink mission and the sixth of this year.