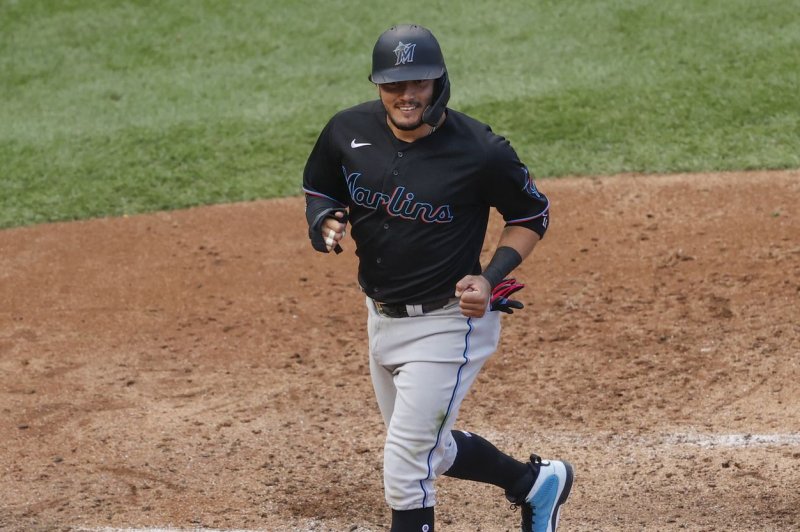 MIAMI, Feb. 27 (UPI) — The Miami Marlins were arguably the MLB team most impacted by COVID-19 in 2020. They’ll be one of 28 teams that start MLB spring training games Sunday with a renewed sense of optimism and appreciation for baseball.

“It’s going to be a full season, so let’s see what we are made of,” Marlins infielder Miguel Rojas told reporters Wednesday on a Zoom video conference.

All 30 MLB teams reported to camps last week, with half the league at training facilities in Florida and the other half in Arizona. The reporting dates came almost exactly a year after teams reported in 2020.

Last year’s preseason slate suddenly stopped in March, though, because of the coronavirus pandemic, which prompted an unprecedented MLB season.

Forty-three 43 games were postponed and two were canceled last season due to COVID-19. Nearly 100 people within MLB clubhouses tested positive for COVID-19.

The Marlins had 18 players and two coaches return positive COVID-19 test results over an eight-day span from late July through early August. That meant constant lineup changes and a week’s worth of suspended games, which impacted other teams’ schedules.

Rojas, a leader in the Marlins clubhouse, was forced off the field for three weeks because he tested positive for COVID-19. He continued to follow the team on TV and tweeted about games in real time to maintain his relationship with fans.

Despite Rojas’ absence and a revolving-door roster, the Marlins made the playoffs for the first time since 2003.

“Seeing what they did from the TV was special and got me excited, but it’s nothing compared to being there in person, doing it with them and grinding every day with the boys,” Rojas said.

Teams were about two-thirds of the way through their preseason schedules when last spring’s hiatus started. They returned for summer camp sessions about four months later and started the season July 23.

The six-week 2021 spring schedule should allow for a more methodical transition into the season, which is key for a league that prioritizes long-term development and consistency.

It also will help players acclimate to a standard 162-game schedule, instead of the 60 games played in 2020.

“Last year was tough because of the start and stop and ramping up fairly quickly,” Marlins manager Don Mattingly told reporters Wednesday on a Zoom conference call. “Guys weren’t supposed to be working out or doing things.

“The six weeks allows pitchers to build at a pace and position players to get at bats to be consistent and build toward a season. The 162 games obviously changes things. You have to look at depth more and giving guys days off.”

Marlins CEO Derek Jeter admitted amid the July-August breakout that players developed a “false sense of security” and weren’t wearing masks to spark the surge. MLB has a different approach this preseason to prevent similar outbreaks.

Players this year had to clear intake testing protocol when they arrived at their team facilities. The intake process started with a five-day at-home quarantine. Players then took diagnostic/PCR and antibody tests. They weren’t given access to team facilities until their intake screening results were back.

Players who cleared that stage of the protocol will be tested every other day during spring training, the regular season and postseason. Symptom screens and temperature checks will be recorded twice daily.

It will be up to players in leadership roles to enforce accountability within clubhouses. That’s something new Marlins general manager Kim Ng have reinforced to players and staff members.

MLB strengthened its protocol in the middle of last season. The league added compliance officers to travel with teams to enforce regulations. MLB also required players to wear masks more frequently and threatened suspensions for repeated violations of the health and safety measures.

Players who test positive for COVID-19 this season will be required to isolate for at least 10 days. They also will be monitored by team medical staff.

Players can return to their teams when they are cleared by a joint committee and team doctor, have a cardiac evaluation and are determined not to be at risk of infecting others.

“Even though we have these rules, each and every one of us has to make sure we are a part of this process,” Ng said.

Diamondbacks at Rockies at 3:10 p.m. EST