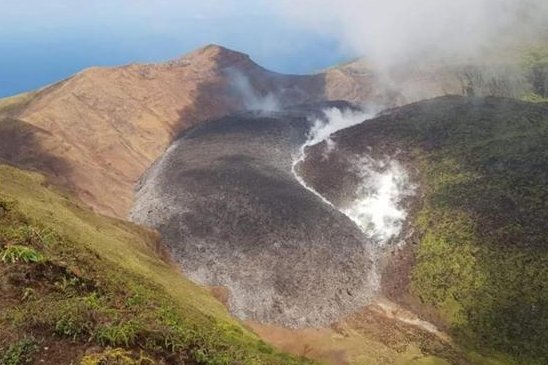 April 9 (UPI) — A volcano on the southeastern Caribbean island of St. Vincent erupted twice Friday, hours after displaying increased seismic activity and prompting a mass evacuation of residents and visitors.

St. Vincent is the largest of a chain of islands in the Lesser Antilles that make up the country St. Vincent and the Grenadines. The country’s National Emergency Management Organization announced the eruption of La Soufriere volcano.

The agency tweeted that the volcano erupted four days shy of the 42nd anniversary of its 1979 explosion and that ash plumes Friday reached 20,000 feet and blew eastward.

The second eruption was smaller than the first.

St. Vincent and the Grenadines Prime Minister Ralph Gonsalves issued an evacuation order on Thursday for those in the “red zone” of La Soufriere. NEMO said then that the volcano had been showing increased signs of eruption.

The agency said evacuation efforts Friday were continuing in “earnest.”

“Heavy ash fall has halted the process somewhat since visibility is extremely poor. NEMO continues to respond to the many challenges of the process,” NEMO tweeted.

Cruise lines Royal Caribbean and Celebrity said previously that they were sending ships to the island to help in the evacuation.

“Both cruise lines are working closely with St. Vincent authorities to assist residents most at risk,” they said in a joint statement.