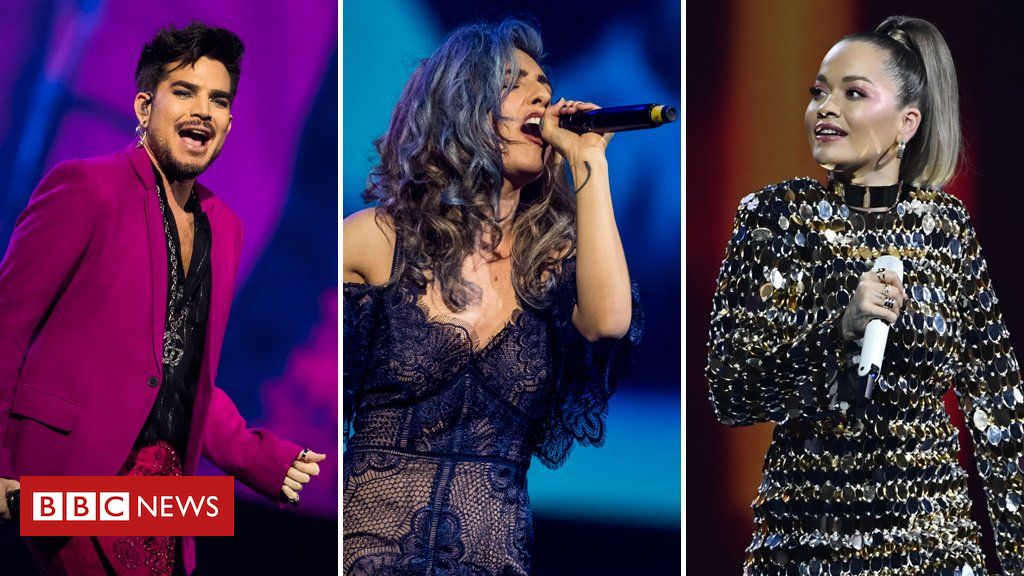 Stars including Rita Ora, Adam Lambert and David Guetta have played a charity tribute concert in honour of the late Swedish DJ Avicii.

Avicii, whose real name was Tim Bergling, was found dead in Oman in April 2018, at the age of 28.

His family said at the time he was a perfectionist who struggled with stress and “could not go on any longer”.

Proceeds from the concert will go to mental health and suicide prevention charities.

It opened on an emotional note, with thousands of fans lighting up Stockholm’s Friends Arena with their phones; as Swedish singer Sandro Cavazzo performed his Avicii collaboration Without You.

The song’s poignant lyrics – “I’ve gotta learn how to love without you” – have become a eulogy for the DJ in the wake of his death; with the single returning to the top of the charts in his home country.

Embellished by mournful strings, Cavazzo’s sensitive delivery set the tone for the concert, which carefully balanced commemoration and celebration.

British star Rita Ora embodied the latter, embracing the spiralling euphoria of Lonely Together, backed by a 30-piece band and cascading pyrotechnics.

As the song ended, she formed her hands into a heart symbol in tribute to Avicii.

After leaving the stage, she posted a heartfelt note on Instagram, saying: “I want to thank Avicii’s family for organising this [concert] to raise awareness for mental health especially within the music industry.

“Often success can be seen as a representation that someone is also doing well mentally, however we can see here that there is sooo much more work to be done.”

Prince Carl Philip and Princess Sofia of Sweden were among the 60,000-strong audience for the show, which was streamed live on YouTube and Facebook.

Aloe Blacc, who scored a worldwide hit with Avicii on the dance-country crossover Wake Me Up, was among those paying tribute.

“Every generation has its icon and heroes who break convention to capture hearts and minds,” he said. “Our friend Tim Bergling was one of those bright, shining stars.

“Through his music, he shared his joy, his pain and his passion, and I witnessed his brilliance first hand.

“I trusted him and I believed in his artistic vision, and in a short time I would see the tremendous impact our collaboration would have on the world. It changed my life forever. Thank you, Tim.”

Musicians, whether they’re DJs, pop stars or rock bands “push [themselves] constantly and it never stops,” he explained to Rolling Stone ahead of the concert.

“You always need to deliver constantly. It’s very difficult and the expectations, when you’ve reached the top, are huge, and so many people depend on you.”

The star said he had cut back his touring commitments after Avicii died, restricting himself to no more than 100 shows per year.

The concert ended with an extended, valedictory version of Avicii’s signature song, Levels, as the arena lit up with fireworks and laser beams. Some of the crowd danced through the sadness, others stood silently in tears.

As the club beats faded into a melancholy orchestral coda, home videos of the late DJ flashed across the screen, lingering on a final, still image before fading to black.

In a statement, Avicii’s father, Klas Bergling, said the family had wanted the concert to put “the stigma surrounding mental illness and suicide” on the political agenda.

“Policies and tools are needed to detect the risks and prevent suicide, especially among young people,” he added.

“We are grateful that his friends, artists and musicians with whom he worked during his career have come to Stockholm to help us realise this tribute concert.”