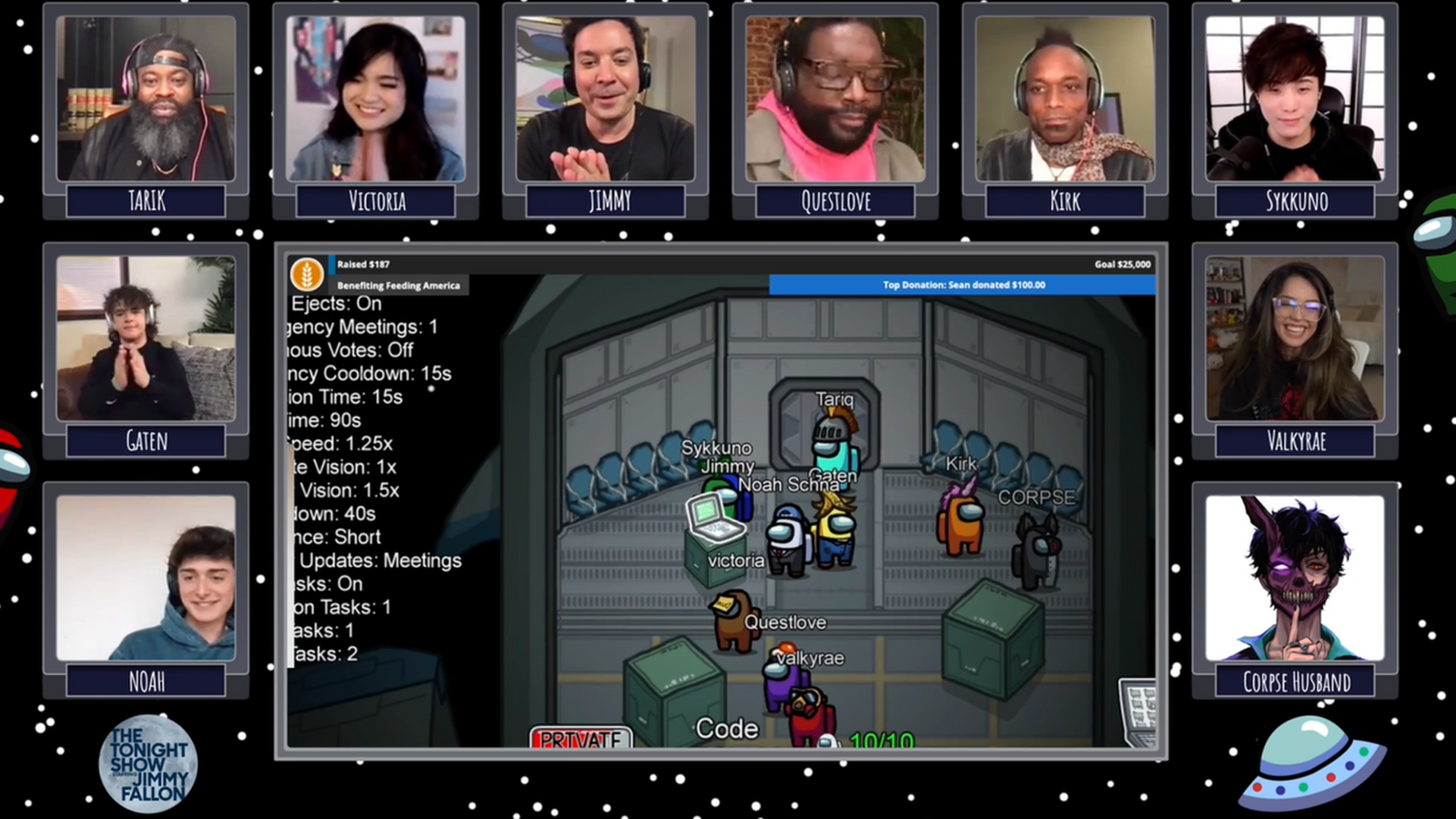 Stranger Things stars Gaten Matarazzo and Noah Schnapp were among the names joining US chat show host Jimmy Fallon for a charity stream of Among Us.

The event marked Fallon’s debut on the game-streaming platform Twitch, where he played the popular whodunnit multiplayer game Among Us.

Members of Fallon’s house band The Roots also appeared, including Questlove, Tariq Trotter and Kirk Douglas, as well as a member of the game’s development team Victoria Tran.

It was all in aid of Feeding America, a charity that supports food banks and soup kitchens in the US which has grown in prominence during the pandemic.

Tweeting after the stream, Fallon said he got “CRUSHED”, adding it was “soooooo fun”. Clips will go out on Fallon’s late night NBC chat show next week.

Among Us sees groups of up to 10 people complete simple tasks on the map, all while trying to avoid the imposter, who is out to try and kill them.

The team then has to work out round-by-round which one among them is the imposter using sleuthing and detective skills.

Fallon’s foray into game streaming follows in the footsteps of US house representative Alexandra Ocasio-Cortez, who used Twitch to talk about politics while playing the same game with other streamers.

Almost half a million people tuned into watch Ms Ocasio-Cortez’s Twitch streams, underlining the growing influence the Amazon-owned platform has among its audience.