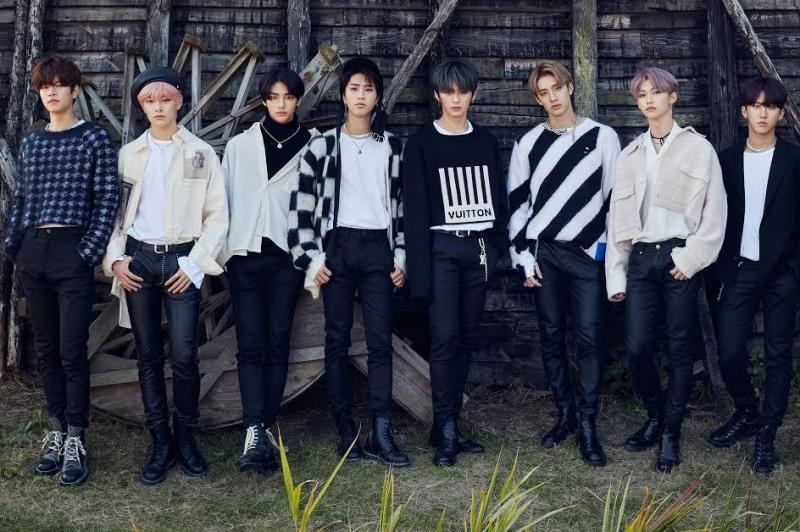 LOS ANGELES, Feb. 18 (UPI) — As K-pop has evolved over the years, it has become more common to see groups take reign of their discographies by crafting their own sound and stories — and thus their identities as performers.

One such group that’s doing that is JYP Entertainment’s newest male ensemble, Stray Kids, which penned most of their tracks before an official debut two years ago.

“To be a part of those groups that produce, that make music, is a really big honor,” the group’s leader, Bang Chan, said on a phone call with UPI just before the San Jose, Calif., stop on their 2020 District 9: Unlock World Tour.

Having debuted through a reality program that saw them fight to come out as a nine-piece group, Stray Kids have always highlighted their producing chops. And with one month short of their second debut anniversary, Bang Chan, Lee Know, Changbin, Hyunjin, HAN, Felix, Seungmin, and I.N — now an octet following Woojin’s withdrawal due to personal reasons last year — have two three-part series albums, a mixtape, and a few collaboration projects under their belt already, predominantly written, produced, and arranged by the members themselves.

Bang Chan called having this freedom to create freeing. “Cause if we want to write something, put a message into a song, we can freely do that,” the Aussie added.

Known as 3RACHA, the production unit within Stray Kids composed of Changbin, Han and Bang Chan created the group’s identity to be outsiders banding together to carve their own way forward.

Their songs often touch on topics like identity, mental health and breaking rules that restrict the youths. They’ve also created a pretty representative sonic identity by now, being known for big, heavy bass EDM bangers, which in an oversaturated, highly competitive market like K-pop, is important to do if you want to stay afloat.

“We feel like the energy of EDM and the energy of our performances come together for a really good synergy, so it’s a good match [for us],” Changbin said via a translator, adding that the members are casual fans of EDM.

Bang Chan said, “When we’re making music, sometimes we have little sessions where we just go on YouTube and search Tomorrowland or UMF [Ultra Music Festival] and we’re thinking, ‘Wow! We would love to perform there and have fun.'”

“The songs that we’ve done so far, for example, ‘Miroh,’ ‘Side Effects,’ ‘Double Knot,’ have been very strong and energetic, so why not this time make a song that’s very calm, and actually very nice to listen to? So we decided to go with ‘Levanter’ and focus on the vocals there,” fellow Aussie member Felix said while explaining the tonal shift.

Another surprise for fans was the release of the English versions of their singles “Levanter” and “Double Knot.” Being the lead lyricist, Bang Chan took on the task of interpreting the songs into English without compromising their original essence.

Bang Chan said the music video for “Levanter” was an accurate representation of where they are as a group.

“2019 was a really big year for us. It was like a roller coaster ride; it had a lot of ups and downs. We had a lot of things happen to us, as well,” he said.

On their “STEP OUT 2020” video released earlier in the year, the group announced a series of future projects, including a world tour, which they’re currently on, and their first full-length album.

“I don’t want to spoil too much. We do have something big coming up and we are still preparing for it really hard,” Bang Chan said. “It’s gonna show a different side of Stray Kids, like we always have before, but this one’s gonna be spectacular and more fantastic.”