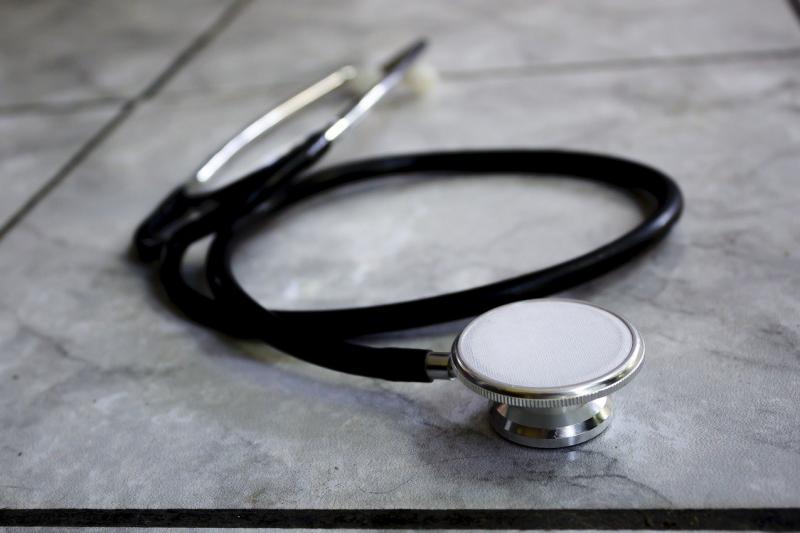 Jan. 23 (UPI) — Expand it and they will come — and, in the case of reforms to Medicaid eligibility, they might get healthier.

Studies published in the last year, assessing the impact of broadening Medicaid eligibility on everything from colon and throat cancer to opioid addiction, suggest access to care is a big part of why people do not get treatment.

The consensus of the studies, experts say, is that by providing more people with access to care, with low out-of-pocket costs, they are enabled to more proactively manage their health — which, in turn, has led to better outcomes.

Whether the stream of studies shows a true picture of the benefits and risks of expanding the federally supported health insurance program remains, however, an open question.

“It’s a bit of a mixed bag,” Dr. Daniel Wiznia, an assistant professor of orthopedics and rehabilitation at Yale School of Medicine and a practicing orthopedic surgeon at Yale-New Haven Hospital, told UPI.

The more the healthier

The ACA, also known as Obamacare, made a number of changes to Medicaid when it was signed into law in 2010. One of the biggest, and most contentious, concerned eligibility for the program.

Under the law, adults with incomes up to 138 percent of the federal poverty level were made eligible for the government-supported health coverage in states that — following a 2012 Supreme Court ruling — chose to opt in.

To date, 36 states and the District of Columbia have expanded their Medicaid programs.

Overall, the Centers for Medicare and Medicaid Services, or CMS, reports that 71.3 million Americans had healthcare coverage through Medicaid in 2019, including 64.7 people in Medicaid and 6.7 million children in Children’s Health Insurance Programs, or CHIP.

“Far more people have benefited from Medicaid expansion than the health insurance marketplaces or the dependent coverage mandate,” Coleman Drake, an assistant professor of health policy and management at the University of Pittsburgh, told UPI. “Medicaid expansion has decreased the uninsured rate, increased access to care, improved health outcomes, improved financial security, reduced uncompensated care costs and affected gains in employment, all while creating savings for the states.”

Drake describes Medicaid expansion as a “clear success,” which is reflected in recent study data.

Among those published in the last year, a May 2019 study in the American Journal of Preventive Medicine found that colon cancer screenings in states that expanded Medicaid increased by nearly 25 percent.

Another published in JAMA Cardiology in June attributed a drop in deaths from heart disease across the country to more people having access to affordable care under Medicaid.

Similarly, an analysis published earlier this month in JAMA Network Open found that states with expanded Medicaid programs had 6 percent fewer opioid-related deaths than those that didn’t, an indication that people are pursuing treatment for overdose and addiction with their new healthcare coverage.

Conversely, another study in the Journal of General Internal Medicine in December found that emergency room visits haven’t increased in states with expanded programs. One of the concerns of opponents of the law was that ER use would rise with more people on Medicaid, overburdening the healthcare system.

The rollout, however, has been far from perfect.

States that opted to expand Medicaid under the ACA set their own reimbursement rates for healthcare services provided to beneficiaries — amounts paid by the state to clinicians using federal funds — usually as a percentage of Medicare reimbursements set by CMS.

These reimbursements are a fraction of what clinicians are paid by Medicare, and less than what’s paid out by private insurers. As a result, even in states that opted in, not all clinicians and facilities accept new Medicaid patients.

“In general, patients overall ​are getting increased access to care, at least in primary care, but it doesn’t hold true for every state, particularly in specialty care,” noted Wiznia, who, in addition to seeing Medicaid patients — they make up about 60 percent of his practice — has led research efforts into the effects of the expanded program.

In Connecticut, where he practices, reimbursements for Medicaid patients paid to doctors are approximately 30 percent of those received for Medicare patients. Very few private practices can afford to see patients at these reduced rates, he said, meaning the burden is typically shifted to federally funded community health clinics or academic and non-profit hospitals.

“In states where the Medicaid reimbursement rates are one third of what Medicare reimburses, it’s very difficult for people on Medicaid to get specialty care, because very few private practices will accept them,” he noted. “These patients have few options. If they fracture or sprain their ankle, many of them will end up in the ER.”

He said that as a result of the limited options in specialty care, particularly in orthopedics, there are likely many Medicaid beneficiaries with arthritis and orthopedic conditions, which can impact quality of life and ability to work. Some may eventually receive disability benefits because of limited care, which he noted also adds to taxpayer costs.

CMS, which allocates and oversees funding for Medicaid, has been clear that its emphasis is on cost control. In remarks during the HLTH Conference in October, CMS Administrator Seema Verma said that Medicaid “has become the first or second biggest budget item for most states” — encompassing, she said, up to 30 percent of some state budgets.

“Everyone agrees that Medicare and Medicaid are vital,” she said. “But we do a real disservice to the people they serve if we decline to examine — and work to reform — the perverse cost incentives built into them.”

Medicaid, Verma said, “has a matched, open-ended financing structure in which states draw down more federal funding if they spend more on the program. This creates a clear incentive to spend more on healthcare. And spend more we have.”

Several states that have chosen not to expand their programs have attempted to implement rules requiring beneficiaries to work — initiatives Verma has suggested she supports. A federal court, however, struck down these provisions in Arkansas and Kentucky in November, forcing several other states to delay taking similar steps.

But a 2019 analysis by the Kaiser Family Foundation found that Medicaid expansion has had a positive effect on “state budget savings, revenue gains and overall economic growth” by offsetting costs in other areas — including those related to managing those with behavioral health problem as well as crime and the criminal justice system.

“These findings are consistent with the literature on Medicaid expansion, which has been quite positive since its implementation in 2014,” Drake said, saying evidence suggests that expanding Medicaid could help state budgets. “Fears that states would not be able to afford Medicaid expansion have not been realized. Whether this changes the narrative is unclear, though Medicaid expansion does appear to be broadly popular.”