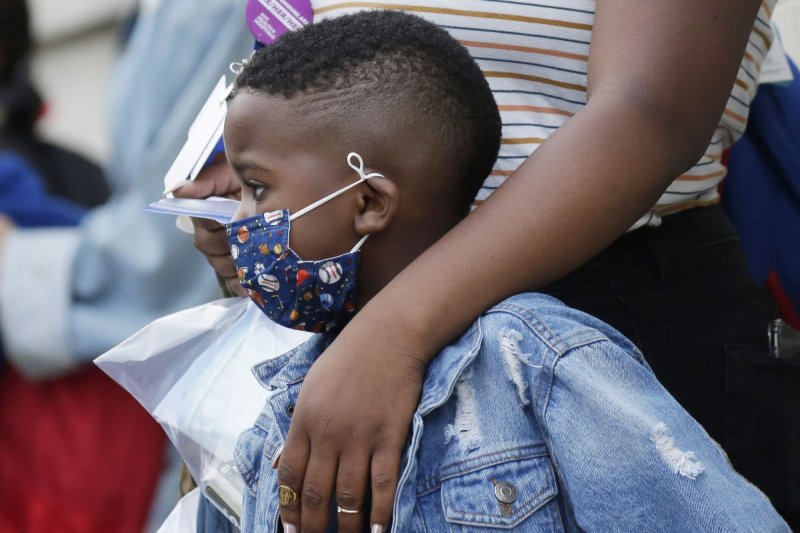 Feb. 11 (UPI) — Children and young people are less likely to catch COVID-19 and spread the virus to others compared to adults, an analysis published Thursday by PLOS Computational Biology found.

The mathematical modeling of virus transmission within households found that people age 20 and younger were 43% “as susceptible” to COVID-19 compared to those older than 20, the data showed.

The data also showed that people 20 and younger have viral loads — the amount of coronavirus in their bodies — estimated at 63% lower than what adults carry, which affects the likelihood they are to spread COVID-19 to others.

This may explain why children are more likely than adults to receive a negative test result, despite being infected with the virus, and why fewer children than adults are diagnosed with the disease, according the researchers.

The findings also could be used to inform decisions regarding whether to open schools during the pandemic, they said.

“Understanding children’s role in transmission was a top priority, in connection with the question of reopening schools,” study co-author Itai Dattner, a professor of statistics at the University of Haifa in Israel, said in a statement.

For the new study, researchers applied mathematical and statistical models of virus transmission within households to a dataset of COVID-19 testing results from the city of Bnei Brak, Israel.

The dataset covered 637 households, the residents of which underwent testing for active COVID-19 infection in spring 2020.

The study’s results, showing lower viral loads in younger people, likely means that they are at lower risk for spreading the virus, researchers said.

The role of children in the spread of COVID-19 has been a source of controversy since the start of the pandemic.

Historically, children have been significant spreaders of respiratory virus but, at least to date, research assessing how contagious they are when infected with COVID-19 has yielded mixed results.

Spread in schools in the United States, however, has been much lower compared to the surrounding community, according to data released recently by the Centers for Disease Control and Prevention.

“It’s not whether or not kids are going to get infected. … [it’s] can we put them in an environment where there are guidance and rules in place to help prevent transmission at really high rates?” pediatrician Dr. Kanecia Obie Zimmerman said during a call with reporters this week.

“I don’t think schools necessarily need to shut down if there’s one case that comes into the building or a couple of cases,” said Zimmerman, an associate professor of pediatrics at Duke University, who was not involved in the Israeli study.