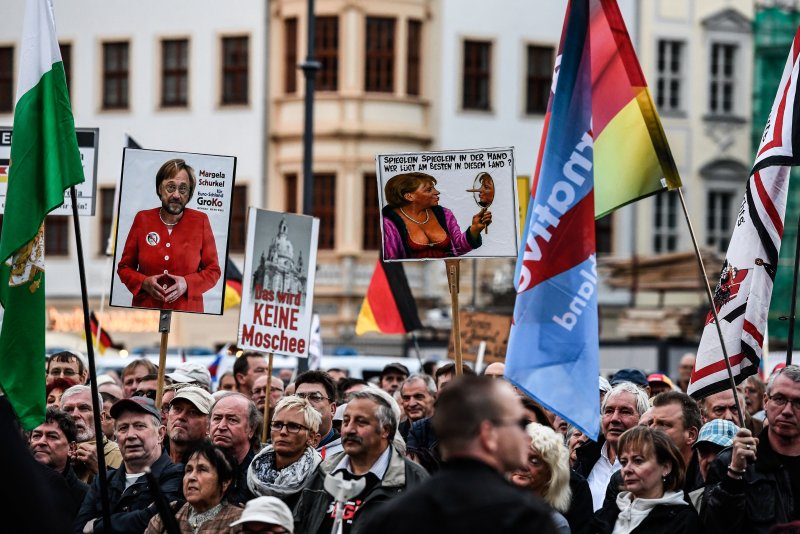 Dec. 11 (UPI) — They say familiarity breeds contempt, but according to a new study, so does socioeconomic stratification.

When economies falter and the gulf between the haves and have nots widens, polarization becomes contagious, according to a new paper published Friday in the journal Science Advances.

It’s a pattern researchers say can be seen playing out across many parts of the globe, inspiring the emergence of authoritarian leaders and fueling nativist movements.

“Times arise when national unity is needed, like we’re seeing now with Covid-19, but we shouldn’t wait for a public health crisis or war to bring people together,” study co-author Nolan McCarty said in a news release.

“Policymakers and those in government should act now by investing in and protecting social safety nets that can prevent widening social and political divisions,” said McCarty, a professor of politics and public affairs at Princeton University.

To better understand the link between economic shocks and political polarization, researchers adapted models of cultural evolution and evolutionary game theory to predict people’s willingness to interact with people outside their own social group.

First, the model assumes that a person’s economic success depends both on a person’s interactions with others and on the health of the economy.

Second, the model assumes people adopt, or imitate, the behaviors of more successful people, allowing behavior patterns to spread from the top down.

Finally, the model also assumes interacting with other members of a person’s in-group is less risky than engaging with out-group members.

As a result, when economic conditions are bleak — and the stakes are raised — people become more likely to avoid risk, opting to interact only with members of their own group.

Researchers point out that right-wing populists in both the United States and Britain enjoyed increased support in the wake of the Great Depression and global financial crisis both.

Previous models have predicted that rising levels of income inequality tend to embolden populist movements on the left, but the latest model failed to illuminate such a phenomenon.

“Rather than continue the unproductive debate over whether ‘economic anxiety’ or group conflict is most responsible for our deeply divided politics, scholars should spend more effort considering the debilitating feedback between economics and identity,” said McCarty.