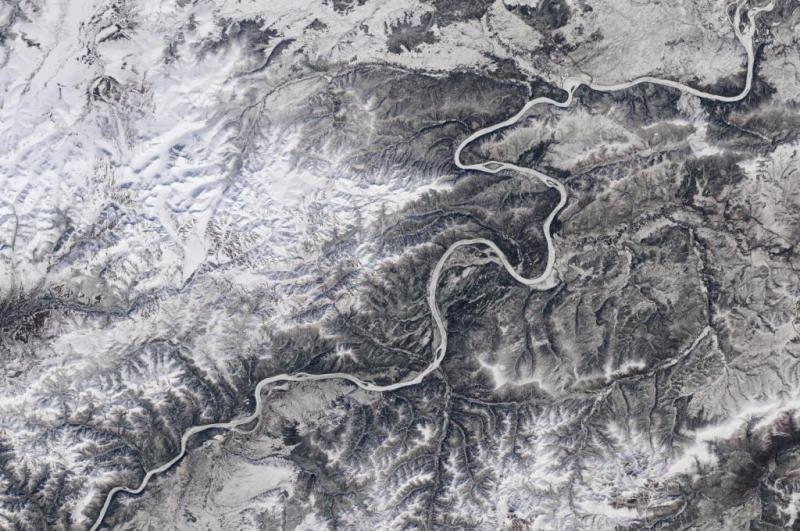 Jan. 1 (UPI) — Many communities and industries utilize frozen rivers for transportation purposes during the heart of the winter, but new research suggests the planet’s rivers are likely to spend fewer and fewer days frozen solid each year as temperatures continue to rise.

In addition to supporting transportation networks, frozen rivers also curb the release of carbon dioxide from freshwater into the atmosphere. But just like glaciers, ice sheets, sea ice and frozen tundra, frozen rivers are vulnerable to accelerated melt rates.

To find out how river ice is being affected globally by climate change, scientists at the University of North Carolina at Chapel Hill compiled and analyzed nearly half a million satellite images of major rivers of the last three-plus decades.

“We used more than 400,000 satellite images taken over 34 years to measure which rivers seasonally freeze over worldwide, which is about 56 percent of all large rivers,” Xiao Yang, a postdoctoral scholar in the UNC-Chapel Hill geological sciences department, said in a news release.

Yang and his colleagues used statistical models to calculate the effects of temperature on the freezing patterns of major rivers.

“We detected widespread declines in monthly river ice coverage,” Yang said. “And the predicted trend of future ice loss is likely to lead to economic challenges for people and industries along these rivers, and shifting seasonal patterns in greenhouse gas emissions from the ice-affected rivers.”

The researchers compared freezing patterns observed among frozen rivers between 2008 and 2018 to patterns recorded between 1984 and 1994. The numbers — published Wednesday in the journal Nature — revealed a monthly global decline ranging from 0.3 to 4.3 percentage points, with the largest declines recorded among rivers running through the Tibetan Plateau, eastern Europe and Alaska.

Scientists used the data to project the impact of future temperature rises on river ice losses. For every 1 degree Celsius increase in the average global temperature, researchers determined the world’s largest rivers would remain unfrozen an average of an extra six days each year.

“Ultimately, what this study shows is the power of combining massive amounts of satellite imagery with climate models to help better project how our planet will change,” said Tamlin Pavelsky, professor of global hydrology at UNC.