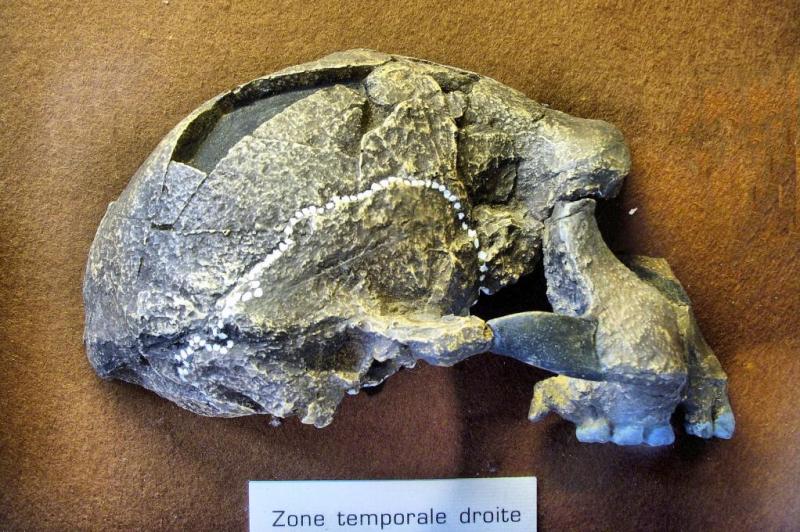 Jan. 10 (UPI) — Sangiran, a World Heritage archeological site on the island of Java, is home to dozens of hominin fossils, comprising three different species, including evidence of the earliest hominid migration to Southeast Asia.

Until now, scientists have struggled to figure out the precise timing of the hominin migrations that populated Java. New estimates, based on a unique fossil dating survey, suggest Homo erectus, the most successful archaic human, first arrived at Sangiran between between 1.3 and 1.5 million years ago — some 300,000 years later than previous estimates.

Sangiran is one of the most important hominin fossil sites in Southeast Asia, but the site’s uncertain chronology has made it hard for scientists to understand the movement of early humans across the region.

To more precisely date the arrival of Homo erectus on Java, scientists use a combination of two dating techniques, fission-track and uranium/lead, FT and U/Pb, to determine the age of volcanic zircons located above, below and within the layers containing hominin remains.

Both of the methods measure chemical changes inside of zircons, tiny silicon crystals. But because the dating methods are unique, each help ensure the accuracy of the other, narrowing the precision of the final dating estimate.

“Zircon U-Pb dates of a volcanic ash layer represent ages when zircon grains had a closed system (around or higher than 900 degrees Celsius) in a magma chamber, that have a range depending on the life of a magma chamber,” Masayuki Hyodo, researcher at Kobe University in Japan, told UPI in an email. “Therefore the youngest age of zircon grains provides a constraint to the eruption age of a volcanic ash. On the other hand, fission-track dates of zircon represent an eruption age (this clock starts to work at about 240 degrees Celsius, during cooling after eruption). Therefore U-Pb dates of a volcanic ash layer must be older than or equal to a FT-date.”

The results of the new dating survey, published this week in the journal Science, suggests Java Man — the name given to one of the first Homo erectus fossils to be unearthed — originally came to Sangiran some 1.3 million years ago, 1.5 million years ago at the earliest.

Previously, scientists estimated Homo erectus arrived 1.7 million years ago, which complicated attempts to reconcile Sangiran chronology with the dates of other hominin sites in Asia.

“Our study revealed the time of beginning of human history in Java,” Hyodo said. “Our findings revealed another important thing. Homo erectus fossils in Sangiran are divided into two groups; the older (more primitive) and younger hominin assemblages. The younger assemblage arrived in Java at about 0.9 million years ago.”

More than just helping researchers understand the movement of archaic hominins through Asia, the latest findings have implications for the evolutionary origins of Homo erectus. The previous date for the species early arrival on Java led some scientists to argue Homo erectus first emerged in Asia.

The latest study undermines such a theory. Instead, the new research suggests the species emerged in Africa nearly 2 million years ago, and made its way into Asia over a few hundred thousand years.

“It would be interesting for paleoanthropologists [to determine] whether the comparative primitive morphology of the Javanese H. erectus of the older chronological group represents primitive retentions or derived features independently acquired in this hominin lineage,” Shuji Matsu’ura, researcher at the National Museum of Nature and Science in Japan, told UPI.