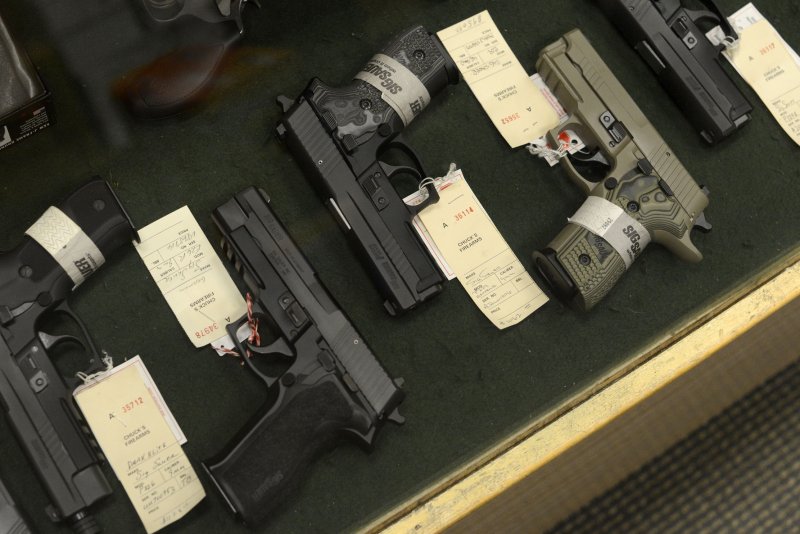 March 29 (UPI) — Roughly one-fifth of high school students in Colorado report having access to a handgun, according to the results of a survey published Monday by the Journal of Pediatrics.

Students were 24% more likely to report easy handgun access if they felt sad or hopeless almost every day for two weeks, the data showed.

In addition, they were about 30% more likely to report easy handgun access if they had attempted suicide or had been in a physical fight in the past year, the researchers behind the survey said.

“Our findings highlight that it is relatively easy to access a handgun in Colorado for high school students,” study co-author Ashley Brooks-Russell said in a press release.

“This finding, combined with the high prevalence of feeling sad or depressed and suicide attempts, is concerning for the safety of adolescents,” said Brooks-Russell, an assistant professor at the Colorado School of Public Health on the University of Colorado Anschutz Medical Campus in Aurora.

Access to firearms among teens and adolescents is concerning, particularly given the recent history of shootings at schools across the United States, according to Brooks-Russell and her colleagues.

The results of the study come days after a 21-year-old gunman killed 10 people at a Boulder, Colo., grocery store.

The findings will likely also draw considerable attention because Colorado was the site of one of the worst such shootings in the nation’s history, at Columbine High School, on April 20, 1999.

Thirteen people were killed and 23 wounded after two students arrived on campus with firearms at the school.

Recently, Colorado lawmakers have proposed the Safe Storage of Firearms bill, which if approved would require gun owners in the state who share their homes with children to securely store their weapons, the researchers said.

For this analysis, Brooks-Russell and her colleagues analyzed data from more than 46,000 students in the state as part of the Healthy Kids Colorado Survey, a voluntary statewide anonymous questionnaire administered to students in participating schools.

The survey results are used to assess health behaviors, risk and protective factors, the researchers said.

Twenty percent of student respondents reported having access to handguns, with more male than female respondents indicating they could obtain a handgun access.

In addition, students in more rural areas were more likely to have access, with American Indian, multiracial students and White students having greater access than Hispanic, Black or Asian American students, the researchers said.

“It’s clear from our findings that we need to raise awareness and improve efforts to reduce firearm access for youth in Colorado to prevent suicide and fatal injuries,” Brooks-Russell said.

“We hope our findings will help inform public health strategies, such as educating parents on the importance of secure home firearm storage,” she said.