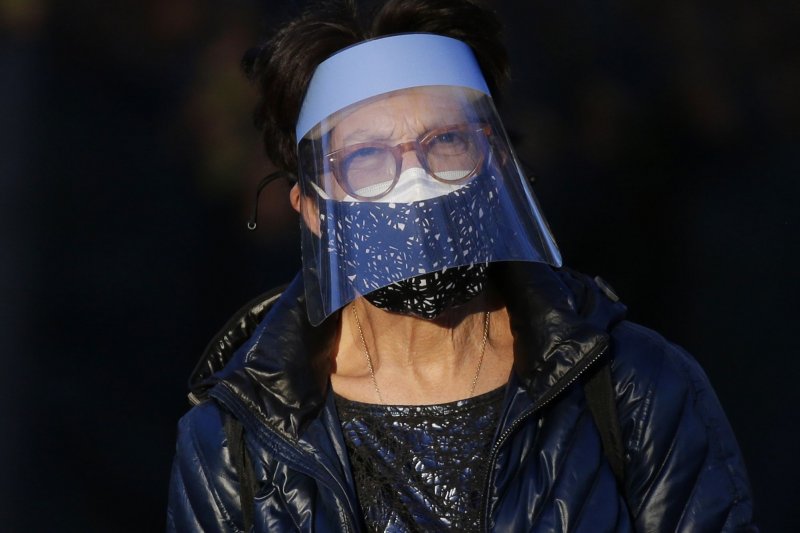 Dec. 18 (UPI) — Roughly half of adults in the United States believe the worst of the COVID-19 pandemic is yet to come, according to the findings of a survey released Friday by the Kaiser Family Foundation.

Nearly 70% of the respondents indicated that they are worried that they or someone in their family will get sick from the disease, the data showed.

This is the highest percentage since the Kaiser Family Foundation began tracking the statistic in February, the organization said.

The findings are from the Kaiser Family Foundation Health Tracking Poll, a survey of 1,676 adults aged 18 years or older from across the country.

The Kaiser Family Foundation is a non-profit organization focusing on national health issues, as well as the role of the United States in global health policy

The most recent round of the survey was conducted Nov. 30 and Dec. 8, before the U.S. Food and Drug Administration‘s approval of the Pfizer COVID-19 vaccine, according to the foundation.

Similar questionnaires were administered in January, February, April, May, July, September and October, the foundation said.

In the latest survey, 51% of respondents said the worst of the pandemic lies ahead, while 70% said they can continue adhering to social distancing guidelines for six months or more, or until a COVID-19 vaccine is widely available, according to the Kaiser Family Foundation.

About 40% of adults surveyed think their state has about the right amount of restrictions on businesses and individuals designed to limit the spread of the virus, the data showed.

In the most recent survey, 73% of respondents said they wear a mask every time they leave home, up 21% from May, according to the foundation.

That same percentage of respondents said wearing a mask to help prevent the spread of COVID-19 is “part of everyone’s responsibility,” the foundation said.

In comparison, 11% of respondents said they “wear masks only some of the time or never.” More than half of these respondents identified as Republican voters.

“Republican denialism mirroring President Trump, even in the face of a growing epidemic in red states, has become a real public health challenge,” Kaiser Family Foundation president and CEO Drew Altman said in a statement.